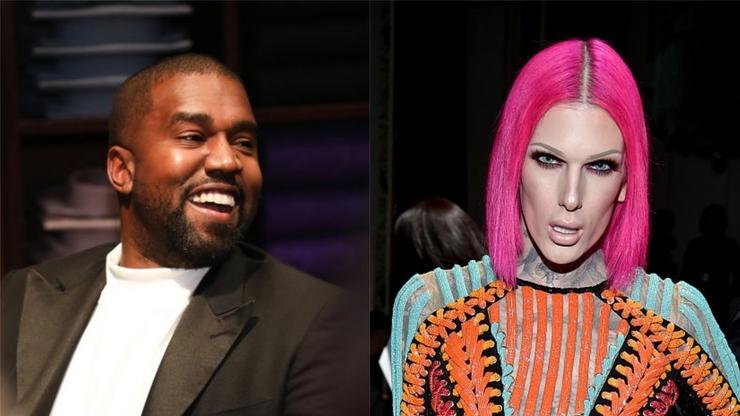 Twitter is convinced that Kanye West has been hooking up with beauty influencer Jeffree Star following reports of his impending divorce from Kim Kardashian.

This got wild quickly. Last night, Page Six reported that Kim Kardashian and Kanye West were getting a divorce. The story was picked up by most major entertainment news outlets, with updates coming via “sources” and people who claim to have inside information on the matter. Kanye West and Kim Kardashian have reportedly been living separate lives for the last few months, with Kim stationed in Los Angeles and Kanye spending most of his time in Wyoming. New rumors have been shaking Twitter to its core, with one TikToker claiming that she knows about Kanye’s alleged affair with a male beauty guru, which has people connecting the dots and getting Jeffree Star’s name trending in the news.

That’s right, people are under the impression that Kanye West has been hooking up with Jeffree Star on the low. The rumors are unproven, based on pure speculation, and seem to be pretty random. It all stems from claims that were made by TikToker Ava Louise, who says she was told by “a very good source”.

i can’t say WHO cuz he’ll sue me hint hint but it’s part of the reason Kanye’s so religious now it’s his self hatred …. my source is legit I promiss

“Now that Kim’s finally doing this, I feel like I can spill the tea that I’ve been holding onto for months,” said the woman, who previously appeared on Dr. Phil for starting the COVID-19 “toilet-licking challenge”. “This whole divorce comes as no surprise. Kanye’s been hooking up with a very famous beauty guru, male beauty guru, and a lot of people in the scene have known for a while.”

Are we really about to trust someone who started a toilet-licking challenge on this matter? Just saying… Still, the internet is falling for it, with these rumors going absolutely viral on Twitter this morning.

Check out what people are saying about this, and weigh in on the ludicrous nature of this in the comments.