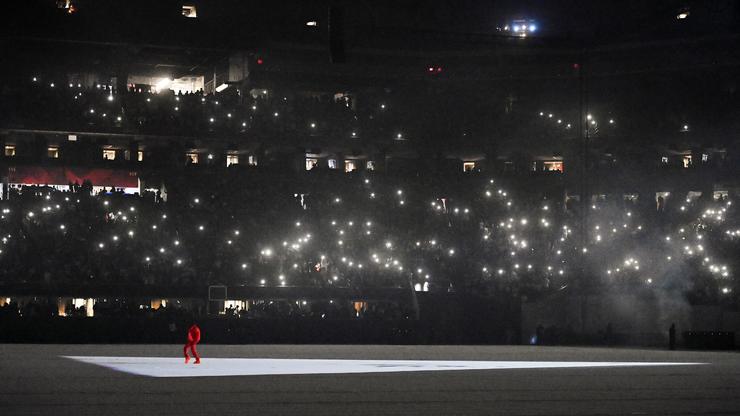 The “Donda” rapper might have some more heat on the way.

Since the introduction of streaming platforms and their subsequent takeover of the music industry, the idea of a musical project has been morphed so many times that nobody really knows what is what anymore. Long gone are the days of the single, the EP, the LP and the album. Those titles still exist and artists still use them to distinguish their bodies of work from each other but fans are a different story.

Because everything is thrown onto Apple Music and Spotify and presented in the same manner across the board, the boundaries between “three-packs” and EPs is blurred and the line between mixtapes and albums is almost non-existent.

That doesn’t stop artists from trying to separate the concepts.

Dating back to Drake’s mixtape If You’re Reading This It’s Too Late, which dropped in the iTunes Store for a fee and on Apple Music for a monthly-fee, artists have tried to keep the lines between projects alive and clear. The Toronto rapper has tried many times himself, notably on IYRTITL and More Life, a project Drizzy called “a playlist,” and on Care Package, a 2019 conglomerate of old music that had only been released on SoundCloud and YouTube.

According to a recent report, however, Drake’s idol-turned-rival, Kanye West, is reportedly working on a playlist of unreleased music to give to the masses.

Following the rollercoaster that was the Donda release, there has been much speculation (and fury) over verses and entire songs that were left off the project. Both Chris Brown and Soulja Boy have lamented over the fact that West asked them to work, yet never included their work on Donda and, after Drake leaked Ye and Andre 3000’s “Life of the Party” (despite the record being a diss to himself) which prompted Three Stacks to release a statement saying he had no idea the record would be turned into a diss and that he would like to work with both rappers, fans have wondered if we’ll get a full version of the song.

Whether or not songs like “Life of the Party” or cut verses from the likes of Brown and Big Draco will be included on West’s playlist is yet to be seen. Fans who waited years for the mythical Yandhi project to drop also wait with baited breath, hoping leaks and YouTube snippets will be turned into full-fledged records.

Little information beyond the fact that West is reportedly working on this playlist has surfaced but, in the event the playlist is real and will eventually come to fruition, what unreleased Kanye would you want to hear? Donda records that were left on the cutting room floor? Or Yandhi records and other tracks we’ve never heard about? Let us know in the comments.