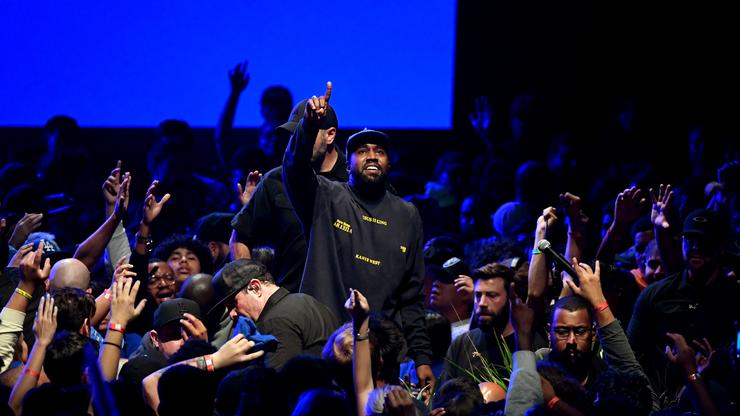 Kanye West with the unconventional rollout.

Kanye West is fresh f the release  Jesus Is King with a supposed new album titled Jesus Is Born set to arrive on Christmas. Whether or not that happens will be dictated on the holiday itself given Kanye’s track record but without a doubt, this is one the more unconventional roll outs for an album he’s had over the years.

A few weeks ago, Kanye West debuted his first opera, Nebuchadnezzar, it appears that he’s already readying another one. The artist hit Twitter to share the public invite to his second opera, Mary. Vanessa Beecrt, who directed Nebuchadnezzar, will also serve as the director for Mary. And course, music for the opera will be provided by the Sunday Service choir. The rapper shared a link for anyone who’s interested in checking out the show. Chances are it’ll be sold out rather quickly. The opera takes place on Dec. 8th at the Miami Marine Stadium. Doors open at 1:30 p.m. with the show taking place at 3 p.m.

Although Jesus Is Born might be up in the air, the rapper recently revealed that he’s been in the studio with Dr. Dre. Both Dr. Dre and Kanye took to social media to announce that they’re working on the sequel to Jesus Is King which still doesn’t have a release date.

“I used to spend all my time trying to make my beats be mixed as good as Dr. Dre, who knew all I had to do was do an album for God and then Dr. Dre would start mixing my beats,” Kanye said about their work together. “Spend your time on God and he will handle the rest.”