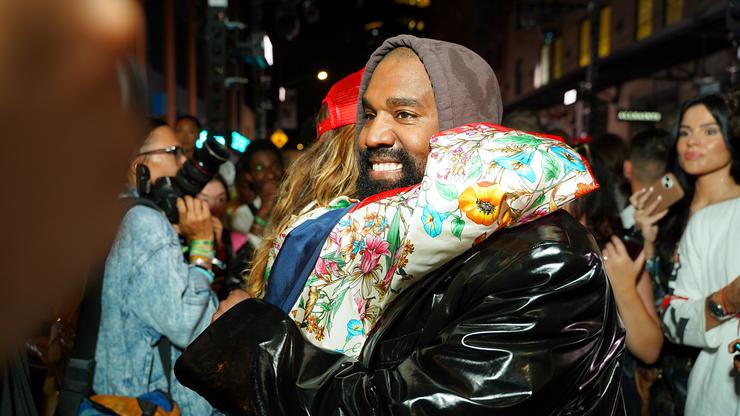 His legal and brand battles with Adidas and Gap have convinced him to push Yeezy on his own, per Sway’s advice.

Ye, f.k.a. Kanye West, has been fulfilling his fashion ambitions through his Yeezy brand for roughly a decade. Today, that vision is struggling to see the light of day as the 45-year-old rapper is in a legal battle with Adidas, who partnered with Kanye and managed his Yeezy brand. He’s also terminated his collaboration with Gap and is fighting to secure the rights to continue to sell his brand. With these partnerships turning sour after years of work together, it seems the Donda rap legend is reconsidering the advice his friend Sway gave him on Sway In The Morning: “Do it yourself.”

During a recent appearance on Good Morning America, Kanye West admitted that Sway “had the answer” back in 2013 when they spoke on his radio show. In that moment, Sway advised the rapper to empower himself and “take a few steps back” to take matters into his own hands when it came to the Yeezy brand. In what quickly became a fan-favorite Kanye meme, Ye furiously responded with “How, Sway? You ain’t got the answers, man!”

When asked about whether Sway was right in the interview, it seemed that not even Kanye could believe his answer. “You know what,” he stated, “I will go ahead and say that Sway had the answer. I know people are going to be like, ‘No!'” For what it’s worth, fan reactions have been a treat on social media.

Looking back on that radio appearance, Ye seems to have taken Sway’s advice to heart and has pushed to sell Yeezy products independently. He’s claimed that Yeezy shades will be just $20, a steep cut compared to the usually spiked prices the brand is notorious for. It won’t be an easy legal battle for the Chicago native, but he’s expressed that he’s ready to fight tooth and nail to make sure he has ownership of his creations.

“We got some new lawyers,” he told ABC. “We really had to level up and really show them who’s the new boss in town.”

It’s clear that Kanye West has had a rough year, but his appreciation of Sway’s advice wasn’t the only reconciliation he sought in this interview. He also apologized to ex-wife Kim Kardashian for attacking her on social media. For the latest updates on Ye and the Yeezy brand, stay tuned to HotNewHipHop to see what’s next for one of hip hop’s most eclectic figures, and check out some hilarious reactions to Sway having the answers below.