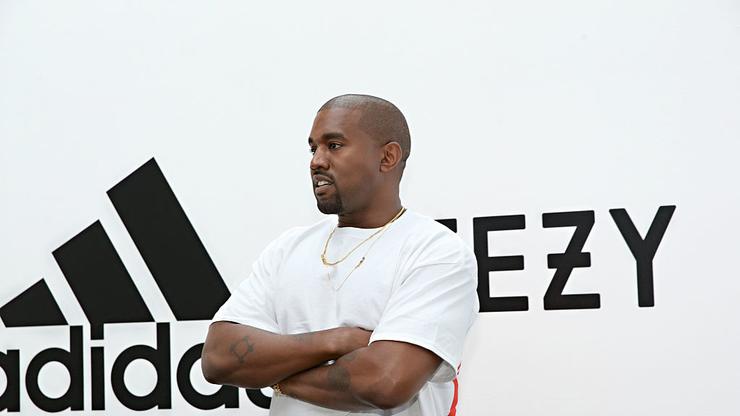 Kanye West is going to bat for artists around the world, claiming that he is the “only person” who can speak on the issue of masters ownership without being canceled.

Some artists have been lucky enough to buy back their masters, including Yo Gotti, Ciara, Jay-Z, Frank Ocean, Rihanna, and more. The vast majority of working recording artists who are signed to a major label do not own their music though, and that’s incredibly troubling.

In recent days, Kanye West has made it his mission to fight for those people, since he is included in the bunch. With his claims this week that he will no longer be releasing music until he’s out of his lifelong deal with Sony/ATV and Universal, the Jesus Is King artist started reaching out to the billionaires behind the record companies to pitch a new system that birthed companies like Airbnb and more, which would make contracts more transparent.

During his stream of consciousness last night, which continued into this morning, Kanye said that he is the “only person” that can speak on such a topic and actually command change because he has made billions of dollars outside of music. He also insinuated that Michael Jackson and Prince were both killed because they had ownership of their masters.

“The artist deserve to own our masters … artist are starving without tours … Ima go get our masters … for all artist … pray for me,” wrote the Chicago native in one of his tweets before making the suggestion about MJ and Prince. “Let’s get it big bro … you and Michael passed so we can live,” he posted with a picture of Prince.

He went on to clarify how artists have no control of their actual music after signing a deal, saying: “When you sign a music deal you sign away your rights. Without the masters you can’t do anything with your own music. Someone else controls where it’s played and when it’s played. Artists have nothing accept the fame, touring and merch.”

This morning, he woke up early to continue his thoughts.

“We’ve gotten comfortable with not having what we deserve … they allow us to have a little money from touring get some gold chains some alcohol some girls and fake numbers that feed our egos … but we don’t own our masters,” wrote West. “We our supporting other people’s kids … we could spend our whole life in the music industry but our kids gotta go work for another company when they grow up. I am the only person who can speak on this because I made multi billions outside of music no musicians make billions inside of music I’m going to change this. I know a lot of musicians are not allowed to say anything but I can’t be muted or cancelled so I’m going to say everything as always.”

Finally, he mentioned Nick Cannon, who was recently canceled over anti-Semitic comments he made on his podcast, and the NBA, who has been operating inside of a bubble in Orlando.

“We sat back and watched Nick Cannon get canceled and we go to play ball in a bubble with black lives matter on our backs … brothers let’s stand together for real … there is no NBA or music industry without black people … fair contracts matter … ownership matters,” said Kanye. “People say it’s enough and I got my point across … the point isn’t across until we cross the point. We used to diss Michael Jackson the media made us call him crazy … then they killed him. The media tries to kill our heroes one at a time.”