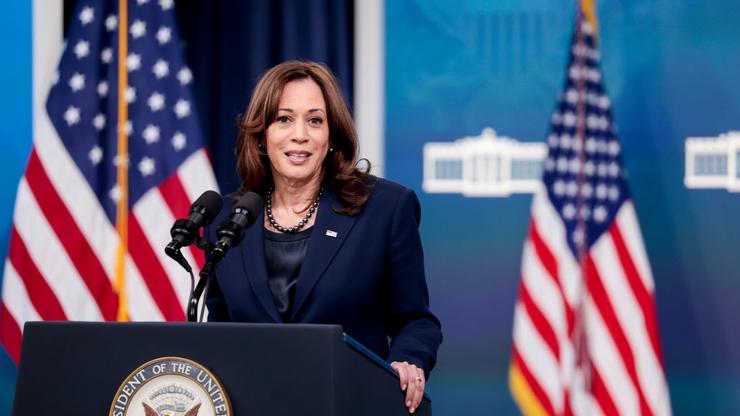 The Vice President shared the news on Tuesday.

COVID-19 continues to spread. On Tuesday, April 26th, Vice President Kamala Harris confirmed that she’s tested positive for the virus following a weeklong trip to California. She shared the news via Twitter, writing, “Today I tested positive for COVID-19. I have no symptoms, and I will continue to isolate and follow CDC guidelines.”

“I’m grateful to be both vaccinated and boosted,” she concluded, subtly reminding readers of the risks that come with being unvaccinated. Harris’ press secretary confirmed that she took both rapid and PCR tests, both of which confirmed her positive diagnosis. “[She] will continue to work from [her] residence,” Kirsten Allen said in a statement.

It’s been confirmed that the 57-year-old “has not been a close contact to the President or First Lady due to their respective recent travel schedules,” and will only return to work at the White House when she’s tested negative.

CNN notes that a handful of staff members took the trip to the west coast with Harris, including Deputy Chief of Staff Mike Fuchs, and National Security Adviser Phil Gordon, although it remains unclear if they stayed with the Vice President for the duration of their time in California.

President Joe Biden reportedly checked in with his colleague over the phone this afternoon. “He wanted to check in and make sure she has everything she needs as she quarantines at home,” a White House statement to reporters revealed.

POTUS tested negative for COVID on Monday, according to Press Secretary Jen Psaki.

In other news, late last year Kamala Harris made headlines over a conversation she had with Charlamagne Tha God, during which she reacted to the interview host seemingly questioning Joe Biden’s presidential abilities – read more about that here, and tap back in with HNHH later for more news updates.