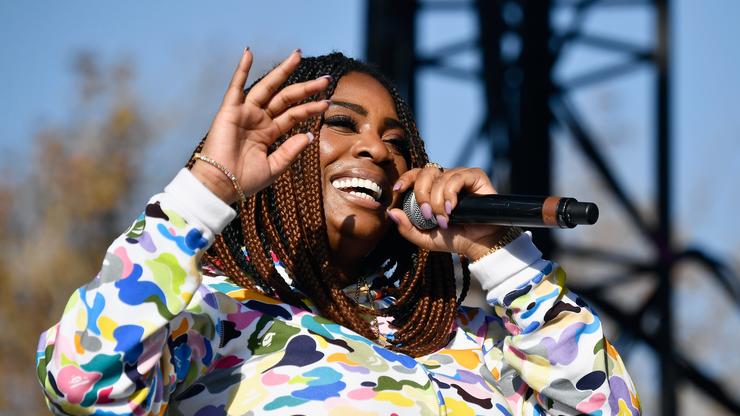 Kamaiyah explains why she left YG’s 4Hunnid label and denies Kehlani’s claims that the rapper issued death threats against the singer.

Bay Area artist Kamaiyah is navigating her career by her own rules. She was once signed to YG‘s 4Hunnid label, but that relationship dissolved. In a recent interview, the rapper discussed being “unhappy” and “miserable” while under the label, causing her to finally speak with YG about going their separate ways. She claims that her album kept being pushed back time after time, and she “warned” him that if it happened again, she would serve up her walking papers.

When asked about her current relationship with YG, she said there was none. “It’s definitely severed because you know, like I said, other people have their own vision for their business,” Kamaiyah told The Source. “At the end the day, I feel like that’s the complications that come with an artist trying to have an artist, right? Because they try to build it based upon their feelings and what they want for themselves. When you sign an artist, it’s not about what you want for that artist and their career. You should want them to reach their full height. Whatever it takes to get them there, you got to put your all into making that happen.”

She added that she admires the way Lil Wayne helped Drake and Nicki Minaj, adding that he never stood in their way from becoming stars. “I’m like, man, that ain’t about you. It’s about what I want and how I see my career flourishing. And I wasn’t given that opportunity.” Kamaiyah also addressed the previous internet spat with Kehlani, saying that she never issued any death threats toward the singer.

“She said I said I was going to shoot up her house, which has never occurred,” the rapper stated. “That’s on my dead brother, my brother died four years ago from cancer. I would never in my life threaten to shoot up an R&B singer’s house. My nigga, I am from the streets. So like, do you honestly think that it’s that serious for me to shoot up an R&B singer’s house and jeopardize my lifestyle and what I built on my career, is it really that serious? No, it was never that serious, but you know, that’s the narrative the people went with because they’re manipulative.”