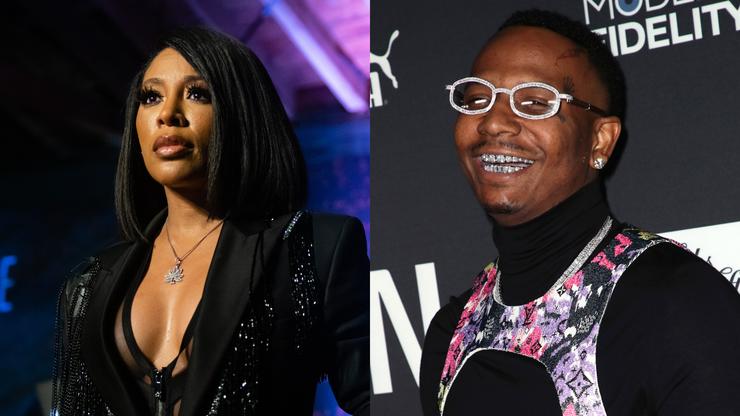 K. Michelle got messy on the ‘Gram.

Instagram Live is both a blessing and a curse. On one hand, it gives artists and celebrities a chance to develop an even closer relationship with their fans but on the other, there isn’t an edit button. Once something is said, it’s out into the universe, and chances are, someone’s screen recording the whole session.

Moneybagg found himself in a bit trouble over the past few weeks after revealing that he copped his girlfriend Ari a brand new Lamborghini. His baby mama went f on a tirade attacking him for the massive splurge, though she made it clear it wasn’t against Ari in any way. Even though it feels like things passed, K Michelle found herself making some bold claims on the ‘Gram last night about Moneybagg Yo and the Lamborghini purchase. However, she wasn’t entirely aware that she was on the ‘Gram.

“I could go up here with Moneybagg and tell him about his $100,000 that they finna show in his bank account today at 7 o’clock while he trying to be picky about some records when I done did shit with Chris Brown and everything,” she said. Pocket watching aside, she made some even bolder claims about the Memphis rapper. “And I turned your ass down for some pussy. And you out here with $100,000 rentin’ Lambos.”