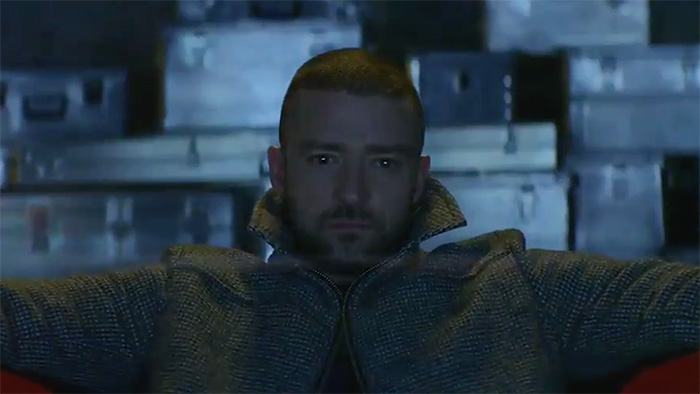 Justin Timberlake is reuniting with Pharrell on “Supplies,” the second release f his highly-anticipated album Man the Woods.

A preview for the visual finds J.T. sitting down in front a giant cluster television sets in a building that overlooks glorious architecture at night. There are also hints that the visual will feature social commentary.

The words “End Racism Now” are emblazoned across one the screens. Other symbols pop up in static-filled transitions, including guns, police cars, American flags, and fire.

Timberlake returns to frequent collaborator Pharrell on this song after years being apart. Recently, J.T. revealed that the two had not been working together due to Skateboard P’s Jive/Clipse dispute.

“Supplies” follows the Timbaland-produced “Filthy,” which debuted at No. 9 on the Billboard Hot 100. “I think the album has a wide range sonics on it, but I guess I would describe it as modern Americana with 808s,” explained Timberlake. “It’s meant to be heard outside more than inside, I believe.”