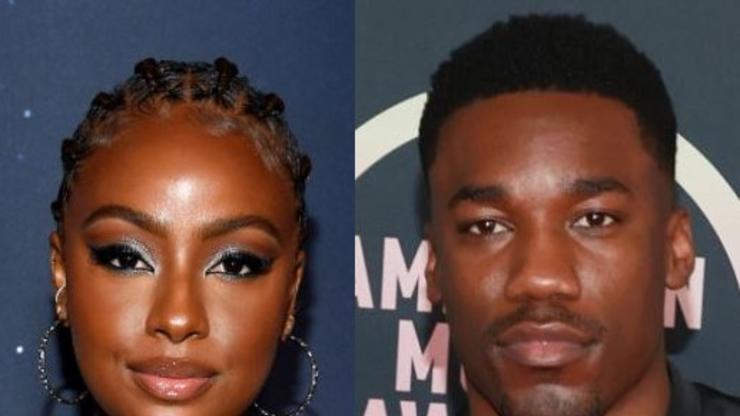 She claims he asked her, “Are you trying to ruin me?” after accusing her of telling everyone.

Fans love to connect with their favorite artists on Livestream, but it can be a nightmare for publicists. Often, rappers and singers turn to platforms like Instagram Live in order to spend a few moments with their supporters. If they aren’t taking time to answer questions, some artists are flexing exotic vacation locations or behind-the-scenes exclusive events. However, Justin Skye’s fans were in for a treat as the R&B songbird dished about her breakup from Giveon.

The crooning couple was a favorite, undercover industry relationship but back in October, Skye hinted that their romance was over. Now, she’s taken to Livestream to detail how she found out that he was allegedly cheating.

According to the singer, she somehow had access to his messages and she was watching in real-time as Giveon and another person were plotting their plan on what lie they would tell Skye about the infidelity. At the same time, she contacted him but hadn’t responded. She said she told him that her friend saw him go to his room with another girl, even though the friend didn’t exist.

“This fool thinks that there’s a friend,” said Skye, adding that Giveon allegedly responded by saying, “Tell you friend she just ruined your relationship. I’m done.” Instead, Skye revealed she had been watching him the entire time and told him she, indeed, was finished. The next time they spoke, Skye claimed that Given asked her: “Are you trying to ruin me?”

Justine Skye also revealed she will definitely be putting this heartbreak into her music. Swipe below for the story.