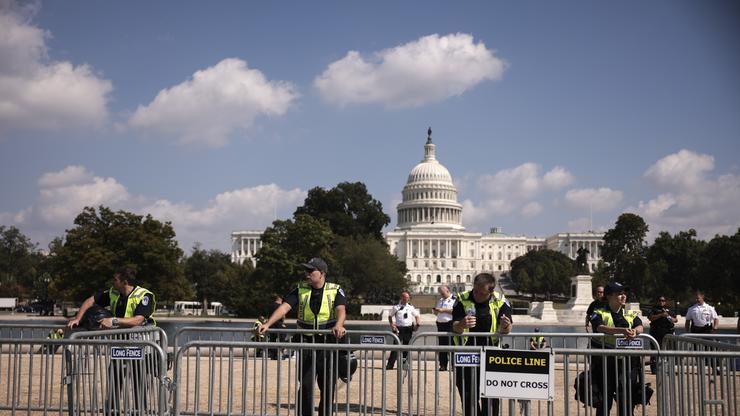 The Justice for J6 rally held in support of the rioters arrested on January 6th saw a much smaller turnout than expected.

The Justice for J6 rally, a protest held at the U.S. Capitol showing support for those charged in connection with the infamous January 6th riot in D.C., drew only a small crowd of an estimated 300 to 350 people, Saturday.

“It is kind of sad, the small amount of people,” Casey Crawford, a protester from Alaska told WAMU. “I’m glad that there was a turnout but I think that a lot of people were scared away, saying it was gonna be a false flag.”

The event was put together by a former campaign aide to former President Donald Trump.

Capitol Police reportedly made four arrests at the rally: One man was taken in for carrying a knife into the crowd, another was arrested for bringing a gun, and two people were arrested for pending arrest warrants from Texas.

“Take a look around. Do you see an insurrection?” Cara Castronuova, another protester at the rally told Politico. “Shame on the people the system that put fear in the hearts of American citizens to stay home, and to not come out. … What kind of America has this become where people are afraid to come out and protest?”

Check out photos from the rally below.