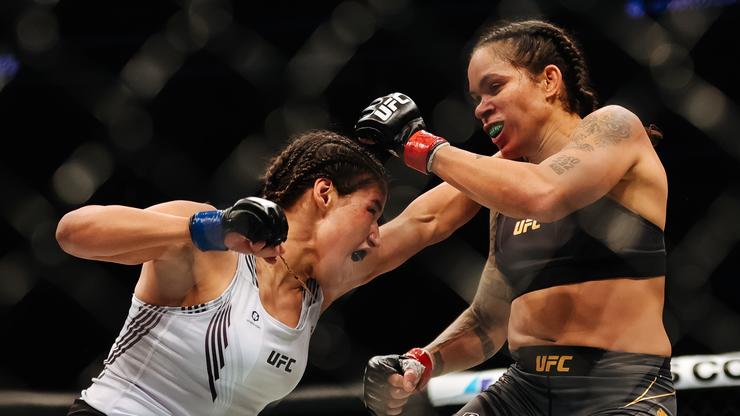 Fans want to see Julianna Peña and Amanda Nunes run it back.

Coming into UFC 269, no one expected Amanda Nunes to get upset by Julianna Peña. Nunes came in as the Bantamweight champion and everyone expected her to leave with the belt, once again. After all, she is one of the GOATs of MMA, and it is rare to see such an esteemed fighter get taken down by a huge underdog. Regardless, Peña was able to pull it off and it was a truly impressive feat that just shows what kind of fighter she is, and will continue to be.

Immediately after the fight, there were whispers of a potential rematch. Dana White seemed enthused by the idea, and in his eyes, it needs to happen. While speaking to TMZ, Peña ended up confirming her desire for a rematch as she noted that Nunes deserves it when you consider all she has done in the sport.

“[Amanda] was the champ for so long,” Peña said. “She definitely deserves a rematch and she wants it. So, she wants it, and I want it, and I’m willing to give it. It looks like it just needs to be a matter of time before they set it up.”

If you’re an MMA fan, this is definitely what you want to hear. On the men’s side, there are a lot of champions who prefer to run away from rematches, so it is refreshing to see Peña embrace the idea of running it back. If she can beat Nunes twice, it will be a true indication of just how good she is.