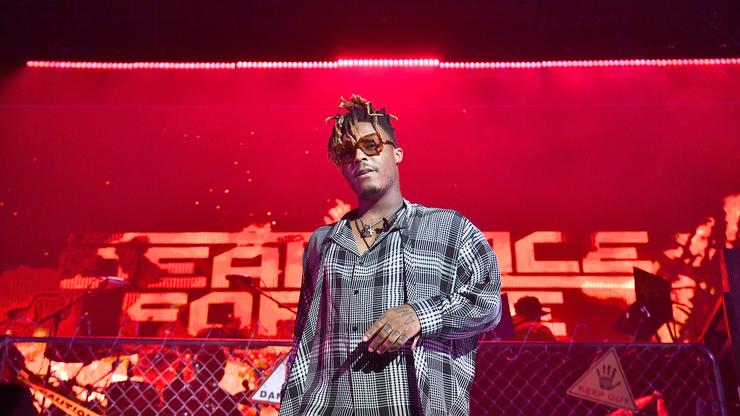 Juice’s mom Carmela says the song scared her about her son’s addiction.

Juice WRLD’s death in December 2019 has still been one of the most impactful passings in hip-hop since. Considering that his music told dark tales of drug addiction and depression, and that drugs ultimately cost him his life, it all felt very preventable.

Earlier that year in March, Juice released his sophomore studio album Death Race For Love, which included songs like “Empty” and “Robbery,” where he harmoniously crooned about heartbreak and drug dependency.

On Dec. 29, Juice’s mother Carmela Wallace visited the Tamron Hall show, and spoke specifically about one song on DRFL that impacted her deeply. She said the second song “Maze” was a startling message that foreshadowed her son’s fate, and when she listened to it, it brought her to tears, months before he even died: “I was very honest with him about my fear. I remember there was an incident where I was done working and I was doing errands, I said, ‘I want to put on one of his songs.’ This one particular day I was listening to a song called “Stuck in a maze,” and I just began to weep. I just wept. And this was months before his death. I was just so scared, and I told him that, I shared my experience with him. I told him, ‘If you ever die like that it would change my life forever, I just wouldn’t be the same’ I just could not stop the tears. I knew ultimately, you get help or you’re not going to make it.”

Ultimately, Juice WRLD never got the help he needed, and his drug addiction cost him his life, a pain Wallace will have to endure for the rest of her’s. Check out the video of her on the Tamron Hall show below.