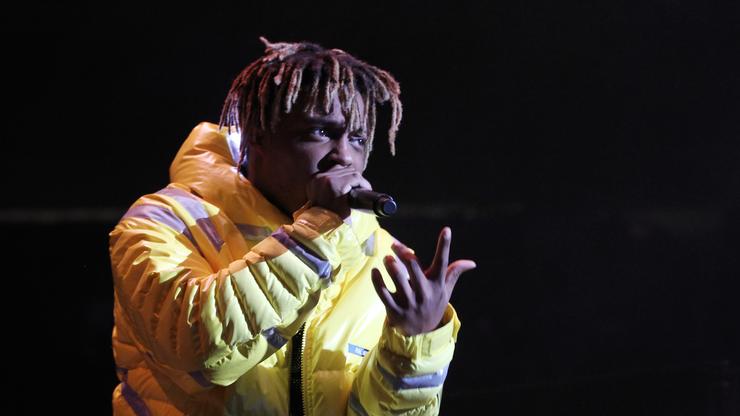 Juice WRLD now joins Drake and The Beatles as the only musical acts to debut 5 songs in the Billboard Hot 100 top 10.

The release Juice WRLD‘s new album, Legends Never Die came with some bittersweet emotions. The posthumous album from Juice WRLD continued to cement his legacy as a groundbreaking and revolutionary hip-hop artist with a penchant for delivering some the best pop hooks in the last two years.

The album has done insane numbers so far. It launched to the top the Billboard 200 with the biggest debut the year, moving close to 500K in its first week. Not only that, but it’s also the biggest posthumous debut in 20 years and is also among the top 5 highest streamed albums ever. It’s a bittersweet feeling. He’s not here to celebrate the success, though if he hadn’t passed away, he was aiming to be one the biggest stars in music, period.

The rapper has now reached a milestone that only Drake and The Beatles have reached in the past. Billboard reports that he’s currently occupying half the spots in the top 10 the Billboard Hot 100. The Marshmello assisted, “Come and Go” sits at number two. “Wishing Well sits at #5. “Conversations” at #7 and “Hate the Other Side,” ft. Marshmello, Polo G and The Kid LAROI, stands at #10. “Life’s A Mess” ft. Halsey shoots up the chart from #74 to #9.