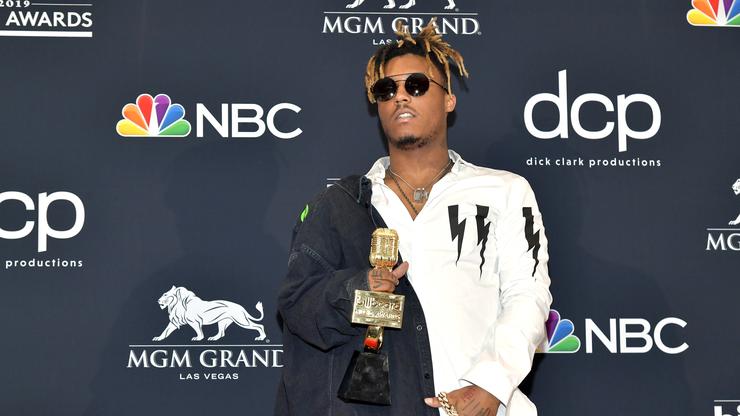 Juice WRLD’s “Lucid Dreams” is undoubtedly his biggest hit to date but it’s faced with its fair share criticism and scrutiny. The song, which samples “Shape Of My Heart,” received a co-sign from Sting but Juice WRLD  but they were nearly hit with a lawsuit over the sample later on. Unfortunately, Juice WRLD’s legal battle over the song is far from over. According to The Blast, rock band Yellowcard, known for songs like “Ocean Avenue” and “Only One,” is now taking the rapper to court over his hit single.

Members the band, Ryan Key, Peter Mosley, Longineu Parson, and Sean Wellman-Mackin, are taking Juice WRLD, Taz Taylor and Interscope to court on allegations they sampled the band’s song without authorization. In the suit, they claim their song, “Holly Wood Died,” which was released in 2006, was sampled along with “Shape Of My Heart.” They claimed Juice WRLD got licensing to Sting’s song while the rapper, producer and label chose “to willfully infringe the Original Work.”

While they do point out the song’s success, they seemed to do some digging into Juice WRLD’s previous interviews where he spoke on emo-rock’s influence on his sound. “In a published interview, Defendant Juice WRLD stated that he had a crush on a girl in fifth grade who was ‘really Emo.’ At the time, the girl mentioned that she really enjoyed Emo pop-rock, which is the precise genre ‘Yellowcard’s music,” it reads in court documents. “Defendant Juice WRLD stated that he went home and listened to that music. He stated that he listened to and educated himself in Emo pop rock music so that he would have something to talk to her about. He stated that he ended up liking it and has studied it from that point forward as discussed more fully below … based upon his current age, these initial events would have occurred in approximately 2006. Thus, upon information and belief, at the time Defendant Juice WRLD began studying the Emo genre music, “Holly Wood Died” would have been recently released.”

If that ain’t a stretch, I don’t know what is. Yellowcard is suing Juice WRLD, Taz Taylor, and Interscope for $15M.