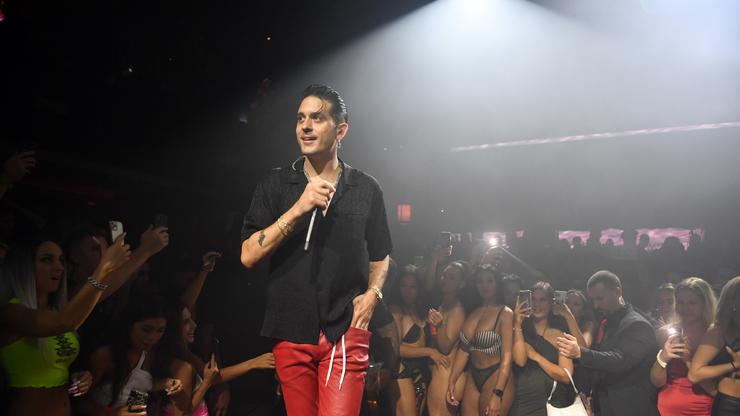 The rapper was arrested in September after his entourage got in a brawl with another group.

G-Eazy may have just released his new album, These Things Happen Too, but he’s got some legal matters to take care of before he can get down to celebrating. Back in September, the rapper was arrested following a bar brawl, and according to TMZ, a judge has now ordered him to “stay away” from his alleged victims.

The gossip site caught up with the “Tumblr Girls” singer outside a New York courtroom early this morning wearing an all black outfit, but he was in no mood to chat, completely ignoring the cameraman while being bombarded with questions.

Apparently, G-Eazy was released without bail after facing a misdemeanour assault charge for allegedly punching a man in the head while partying at the Standard Hotel’s Boom Boom Room.

TMZ reports that the 32-year-old has been ordered to stay away from the person he punched, as well as another man who claims that G-Eazy’s entourage smashed a glass bottle over his head during the NYC altercation.

As it turns out, the person hit with the bottle was Daniel Chetrit, who is allegedly friends with the Kardashian-Jenner crew, and belongs to the family that once owned the Chelsea Hotel.

The Oakland native is expected to make another appearance in court next month, but until then, he’s expected to be on his best behaviour if he heads out for another night on the town, especially if he sees Chetrit around.

If you want to know more about G-Eazy’s bar brawl, check out our story on the initial incident.