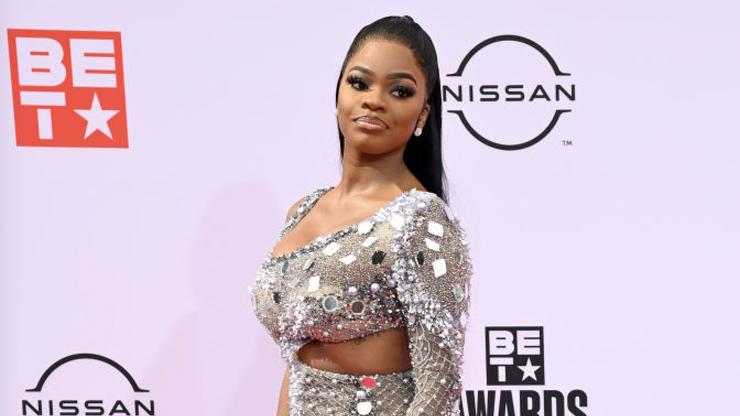 JT got some new ink just in time for Hot Girl Summer.

JT kicked off June by revealing to her Twitter followers that she got breast implants several years ago, although she doesn’t quite sound confident in them. “I got them done 2018, I gained weight in them and didn’t have good bras locked up so they look natural,” the City Girl wrote in response to a fan wondering if her chest was natural.

“Sometimes it’s annoying cause they don’t sit well and make me look bigger than I am,” she continued. “I want a redo but I kinda like them, [I don’t know]…”

Despite the doubt in her tweet, JT seems to have found a decorative solution that draws even more attention to her breast area – a brand new tattoo.

“New tatt,” the 29-year-old wrote beside a feather emoji, which is what the new artwork inked onto her underboob depicts. “I’m getting more,” she continued, echoing the all-to-familiar sentiments of anyone who’s endured a tattoo needle before.

Some social media users have voiced the opinion that it was a “great idea” for her to cover up the scar from her procedure with the tattoo, and others commented that it must’ve been a tough spot to get tattooed. “Pain level, 5…6 in some area,” the “Twerkulator” hitmaker said of her sitting time.

Elsewhere in the news, JT got her Twitter followers talking last week after she annihilated another user who called her ugly and rude – read more about that here, and let us know what you think about the City Girls’ new ink in the comment section below.