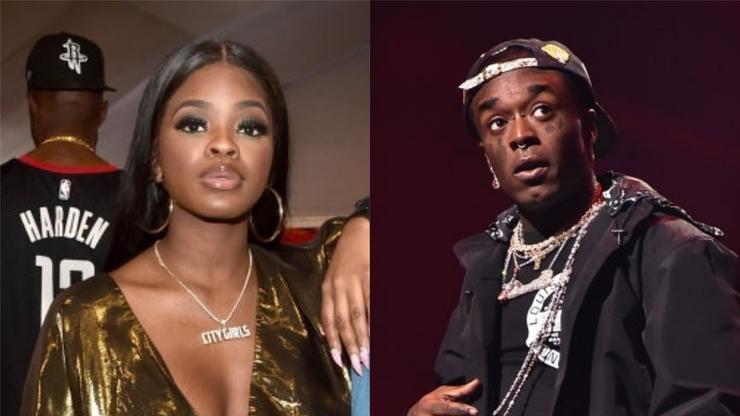 Lil Uzi Vert was wearing one of JT’s scarves in the music video for his Future-assisted “That’s It”.

Lil Uzi Vert has always been a fearless dresser. He doesn’t mind shopping in the women’s section to find some gems to complement his existing wardrobe. And he surely isn’t averse to rocking a purse from time to time.

When he seemingly entered a relationship with JT of the City Girls, many of his fans suggested that one of the perks of their coupledom was the fact that Uzi now had two closets to choose from.

It looks like he’s absolutely pulling inspiration from JT’s previous styles because, as pointed out by several sources, including No Jumper, JT has called out her rumored boyfriend in a post-and-delete, claiming that he’s been jacking her swag.

“N***a stole my scarf,” wrote JT in the post. The scarf in question appears to be a silk designer jawn that she previously wore around her head. In the music video for “That’s It” with Future, L-U-V could be seen wearing the same garment on the soccer field. “I wanted to do another look with it,” she continued, complaining.

While they are still being somewhat secretive about their supposed relationship, the stars are aligning and it would appear as though the initial rumors were correct: Lil Uzi Vert and JT are dating. They do still seem to have their off-days, but at least they can joke about stuff like this.

Who wore it better? JT or Uzi?