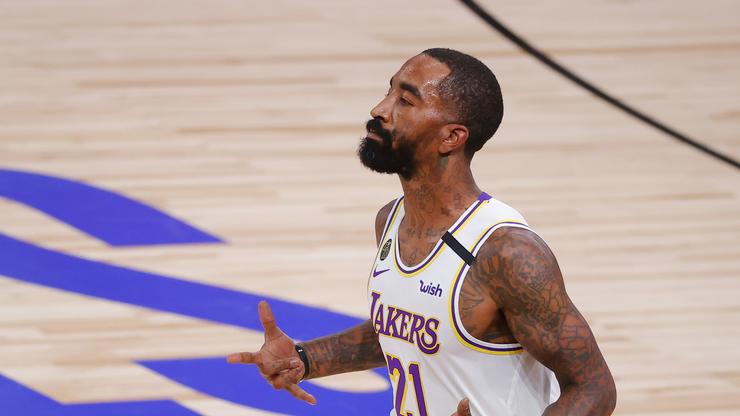 JR Smith doesn’t care what people have to say, he’s a two-time champion.

Since Game 1 of the NBA Finals in 2018, JR Smith has had to endure a whole lot of slander. As most people remember, Smith made perhaps the biggest mistake in NBA history as he was completely unaware of what the score was during the final moments of the match. This ultimately led to a Cleveland Cavaliers loss and LeBron James’ swift exit out of Cleveland for a second time.

Recently, Smith was able to redeem himself in spectacular fashion as the Los Angeles Lakers won the NBA Championship. Smith was a part of the team and while he didn’t get much playing time, he still gets the same title ring as everyone else. Despite all of the hate coming his way, Smith took to Twitter and addressed the haters who have given him so much grief. In simple terms, Smith told the detractors to buzz off.

“I’ve been hearing a lot of sh*t. ‘You ain’t even do nothing.’ Sh*t man, let me tell you something. Them mf things they call chips. Them sh*ts is earned, they ain’t ever given. Them sh*t’s is always earned,” Smith said matter of factly.

Now, Smith is a free agent and will have to decide whether or not he will return to Los Angeles. If the team has space for him, it will be interesting to see if they take him back.