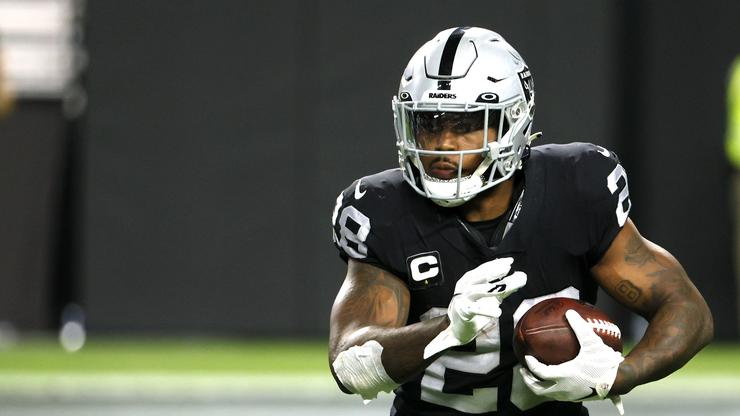 Josh Jacobs will miss this week’s game against the Steelers with foot injuries.

Las Vegas Raiders star running back Josh Jacobs will be out with toe and ankle injuries for the team’s Sunday contest against the Pittsburgh Steelers. Backup running back Peyton Barber will fill in as the team’s lead back.

“We really like Barber. We think he’s a heck of a back,” head coach Jon Gruden said. “I like the way he runs and catches and picks up blitzes. We’re excited about this opportunity to see what we have.”

In the Raiders’ 33-27 thrilling overtime win against the Baltimore Ravens, last Monday, Jacobs finished with two touchdowns and 34 yards on 10 carries.

Despite rushing for 1,000-yards in each of his first two seasons in the league, Jacobs has yet to play a full 16 games due to various injuries. In 2020, he rushed for 1,065 yards and 12 touchdowns. On the other hand, Barber rushed for 258 yards and four touchdowns last season.

Barber went undrafted in 2016 and has played for the Tampa Bay Buccaneers, Washington Football Team, and the Las Vegas Raiders.

Veteran back Kenyan Drake will also be involved in the Raiders’ game plan as an option in the passing game.

The Raiders and Steelers matchup will kickoff at 1:00 PM, ET on Sunday.