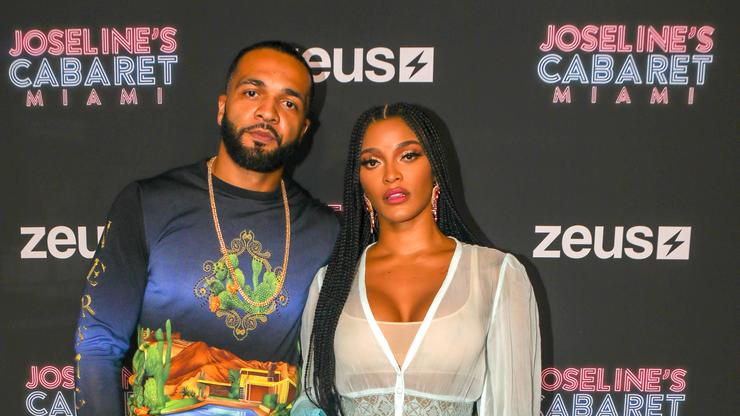 “Marriage Boot Camp” star Joseline Hernandez apologized for being disrespectful to her boyfriend, Ballistic Beats, by kissing his feet and Twitter was mad confused.

Joseline Hernandez is taking over the world one reality show at a time. At the moment, she’s starring in three different series, gracing the small screen for her own show Joseline’s Cabaret, making her mark on Love & Hip Hop: Miami, and also putting her relationship with Ballistic Beats in the spotlight on Marriage Boot Camp. As she works on things with her musical man, Joseline Hernandez ended up making a fool herself on national television, apologizing to Ballistic by getting on her knees and kissing his feet, as if he owns her entire being.

During the latest episode Marriage Boot Camp, Joseline was a major force on the show after she was called “disrespectful” by her boyfriend for partying with other men at their home. Ballistic Beats was supposedly spying on her the entire time and, when she was seen feeding fruit to a random man in her swimsuit, she was ordered inside the house. Instead walking like a normal person would have done, she sprinted to the door. That was the first thing that people caught onto. Then, when she was upstairs speaking to Ballistic about what happened, they seemingly got things back to normal before she leaned down and literally started kissing him on the feet… in a room filled with spectators. That’s just plain weird. Especially considering the old Joseline would NEVER have done something like this.

We’re not trying to butt into their relationship but, if homegirl needs to kiss Ballistic on his feet every time she “messes up,” she may be stuck in a toxic relationship. Just saying.