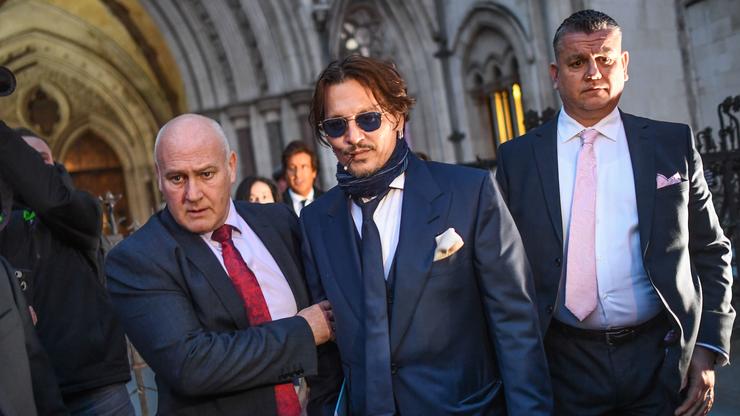 The actor admitted to taking “every drug known to man” but vehemently denied being a “wife beater.”

Johnny Depp appeared in the UK’s high court Tuesday, taking the stand in the first day his three-week libel case against The Sun. Depp is suing The Sun over an article they published painting him as abusive towards his ex-wife Amber Heard.

While Depp admitted on the stand that he has “taken every drug known to man,” including cocaine, ecstasy, LSD, mushrooms and marijuana, he vehemently denied abusing his ex-wife who he insists was actually the abusive one in the relationship. “Heard] said to the world that she was in fear her life from me, and I had been this horrible monster, if you will,” Depp said, calling these allegations “a catalog ever more extreme and shocking lies.”

Depp’s lawyer, David Sherborne, also read an extract a 2015 tape with Heard saying “You got hit … but I did not punch you… I did not f–king deck you. I f–king was hitting you,” as evidence that she was actually the aggressor in any confrontations between the two. “Whenever it would escalate, I would try to go to my own corner, as it were … before things got out hand,” Depp added.

In a more comical twist, Depp also testified that Heard once pooped in their bed as a “prank.”

“On 12 May 2016, Ms Heard confessed to our estate manager, Kevin Murphy, that leaving the feces in the bed had been ‘just a harmless prank,’ thereby effectively acknowledging that she had been responsible, whereas she had previously sought to blame our dogs,” read a statement from Depp concerning the incident, which reportedly occurred after a bash they threw for Heard’s 30th birthday at their L.A. penthouse.

Heard has denied this claim, blaming the feces on her dog Boo, who has some “serious bowel-control issues.” Depp alleges that it was this particular incident which resulted in their marriage derailing.

Depp is suing The Sun over a 2018 article in which the magazine branded him a “wife beater.” The trial is one the first to be held in person since Britain began its coronavirus lockdown.