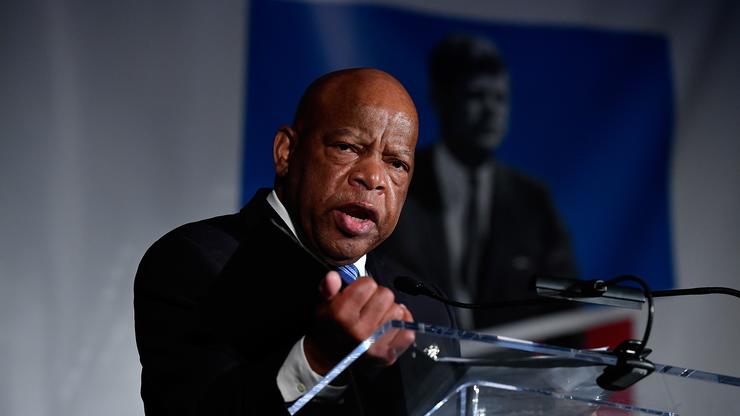 John Lewis, a celebrated icon for his role in politics and the Civil Rights Movement, has passed away from cancer.

After a long battle with stage IV pancreatic cancer, civil rights leader John Lewis has passed away. The activist has spent over 30 years in Congress and was celebrated as an icon who marched alongside Martin Luther King Jr. before the congressman succumbed to his illness at 80. “Today, America mourns the loss one the greatest heroes American history: Congressman John Lewis, the Conscience the Congress,“ House Speaker Nancy Pelosi said.

The historic March on Washington in 1963 was coordinated by the “Big Six,” a team civil rights leaders that included Lewis. He became active in the Civil rights Movement with Dr. King and others when he was just a teenager, and later, he aided in ending racial segregation and eradicating Jim Crow Laws on a national level. In 2011, he was awarded the Medal Freedom by former President Barack Obama. Lewis’s contributions to the American political and social systems are far beyond what we could ever imagine, and it’s clear by the outpouring emotion on social media that he is a historical figure who has spent his life helping others.

“#JohnLewis isn’t lost to us. He moved along on the journey,” the Martin Luther King, Jr. Center tweeted. “What a life service, what a great light transitioning into eternity. Weren’t we blessed to have him among us?” Read through a few reactions to his death below.