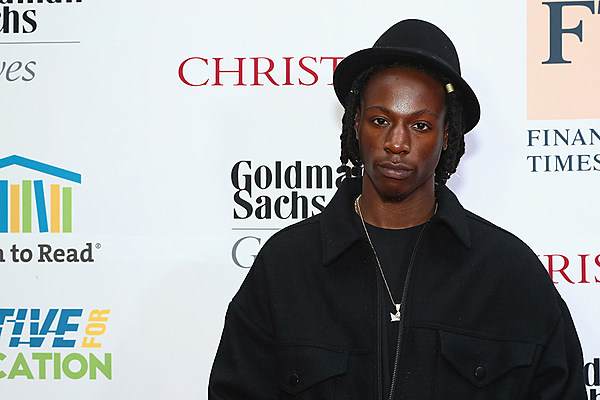 Joey Bada$$ is arguably one hip-hop's best lyricists today, but the Brooklyn rapper believes the genre is in a bad place right now.

On Wednesday (Jan. 24), the All-Amerikkkan Bada$$ rapper hopped on Twitter to give his opinions about the state hip-hop. "Rap is in a very trash state rn with very few exceptions that don't even get the love and attention that they deserve," he tweeted.

The MC then went on to imply that some artists have sold out, writing, "Like where y'all niggas souls at???" Joey also took a shot at the oversaturation some songs, tweeting, "Music is the most influential force in the world. Pay attention to what's being over saturated. It says something about the generation. Sound is vibration."

But before going any further with his rant, Joey logged f, telling his followers, "Ok goodnight I'm gonna go make a trap record."

The "Devastated" rhymer then reposted the image on his Instagram story, writing over X's caption, "LETSGOOOOO @xxxtentacion"

In related Joey Bada$$ news, the lyricist recently put his own spin on the Prince classic, "When Doves Cry," turning it into "When Thugs Cry." According to the Joey, he's in the process getting the song uploaded to SoundCloud.