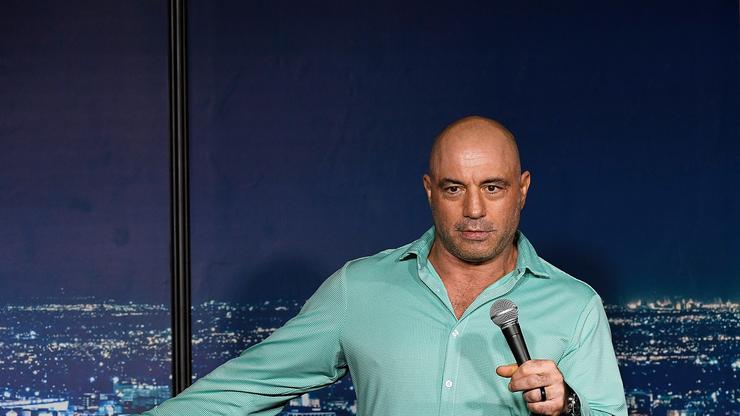 The popular podcast host responded to criticisms from Spotify employees.

TheJoe Rogan Experience, hosted by UFC commentator and stand-up comedian, Joe Rogan, is one of Spotify’s latest headline-grabbing acquisitions. Although, in this case, public interest goes beyond the sheer business move.

After Spotify announced its decision to obtain the exclusive licensing rights to the podcast, its employees expressed a desire for “direct editorial oversight” that would enable the company to patently false or problematic messaging would not be shared without context from reliable sources accompanying it.

This comes after Rogan has held such controversial guests on his show, such as far-right conspiracy theorist Alex Jones, and author of IRREVERSIBLE DAMAGE: The Transgender Craze Seducing Our Daughters, Abigail Shrier.

Despite the criticisms against him, Rogan says Spotify has said nothing directly to him on the matter. While talking to Tim Dillon in his latest episode Rogan reveals,

He continued, defending his position on the trans community, “Now, is there someone at Spotify that’s complaining about the Abigail Shrier episode? I’m sure, I’m sure there’s someone that’s complaining about it. Is it a transphobic episode? It’s not. They’re wrong. They’re not. It’s nothing to do with that. It has to do with the fact that human beings are actually malleable. We all know that. That’s why cults exist.”

Rogan’s guest (as well as friend and political satirist), Tim Dillon, sided with the host in insinuating that the argument against him was made in bad faith.

He continued elsewhere to ask Spotify to turn the mirror back on themselves, citing the fact that Spotify itself is a platform hosting a plethora of music, in some of which the lyrics may be questionable.

“Look, people are so malleable, they’re so easily influenced, and for us to deny that doesn’t do anybody any good, doesn’t do anybody any service. So this is the main issue they had with that, you know. This is the, apparently, this is the main problem they had with this one particular episode [with Abigail Shrier] and I’m sure they’ve had issues with other episodes as well, but like I’ve said before: I’m talking off the top of my head, and a lot of times, I’m saying shit  I don’t even mean, because I’m saying it because this is a fucking podcast. And if you have a problem with people saying terrible shit and you work for Spotify, maybe you should listen to some of the lyrics. Ok? Because some of the lyrics in some of the fuckin music you guys play over and over and over again makes my shit pale in comparison. Pale. If you’re listening to some rap music right now— I’m not anti-rap, I love rap music. I’m– I’m fucking saying, go back and listen to NWA. Go back and listen to some of the early shit. Like go back and listen to Ice-T, “Cop Killer” From the Body Count days. Whew.”

Check out the full episode below.