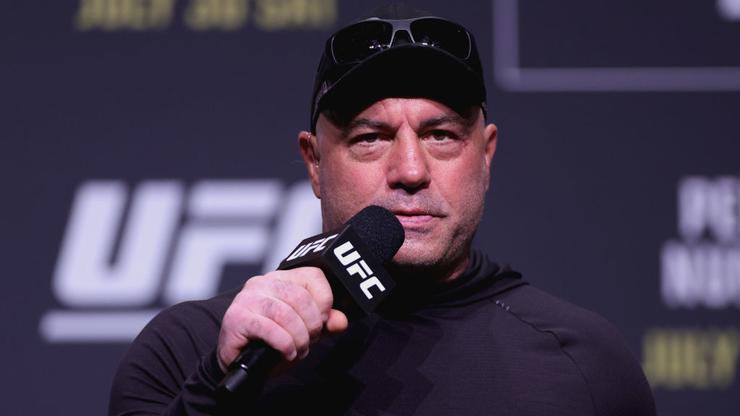 Rogan didn’t shut down the idea of having the controversial British-American on his podcast.

Weeks after controversial influencer Andrew Tate was banned from Instagram, equally-buzzworthy podcast host Joe Rogan has shared his thoughts on all the drama.

The latest episode of The Joe Rogan Experience finds the New Jersey-born entertainer sitting down with Bryan Callen, Eddie Bravo, and Brendan Schaub to discuss a host of things, among them the British-American figure’s removal from more than one social media platform throughout his career.

While the host understands why Tate’s content resonated with a younger audience, he does agree that the former Big Brother contestant “f*cked up with the misogynist stuff.”

According to Rogan, if the 35-year-old would have stuck to “pro-male” and “pro-accountability” messaging, he wouldn’t have been faced with being de-platformed. “If you just concentrate entirely on your feelings you’re not going to get anywhere and that’s true. That’s a good lesson for people to learn,” the Fear Factor alum said of Tate’s more inspiring content.

“Look, he plays part of it like a character, and part of it is legit world champion kickboxer, who is a hard man, who doesn’t buy any p*ssy bullshit and that’s what’s resonating with young people.”

Rogan said that, while he doesn’t agree with the ideologies that Tate promotes, he does firmly believe that the world needs polarizing figures like him. “Toxic masculinity, what that means is, ‘Oh, you mean the men that carved the world,'” the host said to Andrew Shulz.

“You do need them, you just don’t think that you need them because you don’t need them right now. Now Russia has them, China is making them more masculine.”

One of the episode’s guest stars, Shaub, stated his opinion that Tate should still “have a voice” and didn’t deserve to be banned from social media.

When Rogan was asked if he would consider inviting the professional kickboxer on his podcast, he said, “It’s a conversation.”

While Tate is no longer welcome on sites like Instagram or Twitter, he has moved onto a free speech podcast platform called Rumble, which Rogan previously shot down a $100M deal with. It’s been noted that the latter things this decision will “severely limit” the former’s influence online.

Check out the full episode of The Joe Rogan Experience below, and tap back in with HNHH later for more pop culture news updates.