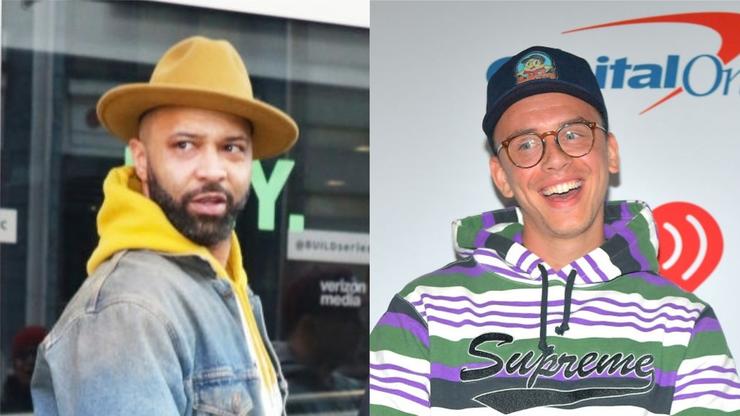 Joe Budden comes for Logic, telling the rapper that he should have quit music several albums ago.

Joe Budden doesn’t mince his words. He also doesn’t really care about the implications whatever exits his mouth. Returning to his podcast following a short hiatus sponsored by the coronavirus, the outspoken music commentator and his friends, Rory and Mal, are back on the air and, this week, they discussed one the hottest topics in rap: Logic’s retirement.

The rapper, whose real name is Sir Robert Bryson Hall II, is committing to his newfound role as a father, announcing his retirement through his final album No Pressure. He has already made some moves for himself past music, signing with Twitch a fresh million-dollar deal and announcing a weekly stream on the platform. For his critics, his retirement is a welcome sight.

Joe Budden is obviously not fond Logic. He used his podcast as a platform to spew his distaste for the artist, stating that he should have given up music a long time ago.

“Logic, you don’t get to announce this,” he said. “What the fuck is he talking about? ‘Cause we don’t care.”

When one his co-hosts chimed in by saying that, in fact, a lot people care that Logic has decided to call it quits, Joe Budden persisted.

“No, they don’t,” he exclaimed. “They happy that he’s leaving. Why you think I got the celebration song queued up? You should’ve retired a long time ago, Logic. We don’t have to listen to him.”

Despite his clear distaste for Logic’s music, Budden says that he will be checking out the album, which drops on Friday. He’s not too enthusiastic about it, though.

“100 percent,” he said when asked if he would be unbiased enough to admit if No Pressure is actually a good project.

Are you excited about Logic’s final album? Listen to the conversation below at 1:50:25.