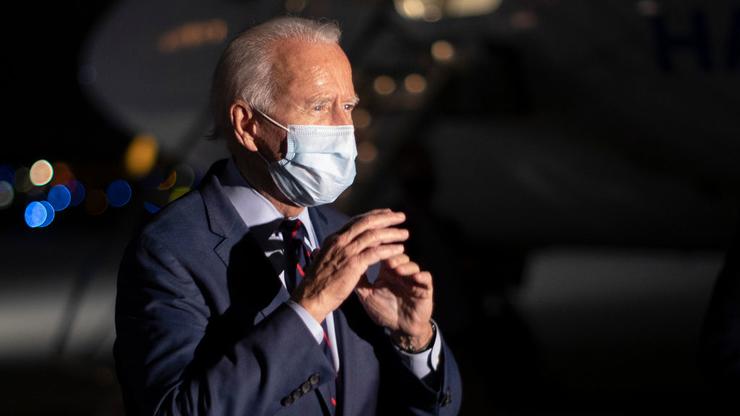 With only a few weeks left to decide one of the most important elections in our history, Joe Biden is heading to new means to try and encourage people to vote.

Never before in history have we seen a Presidential candidate use battle rap to try and sway voters their way but, today, Biden is doing just that, explaining some of his campaign’s core values by staging a battle between respected emcees DNA and Charlie Clips.

Teaming up with the Ultimate Rap League, the Biden-Harris campaign has officially launched their new video advertisement, which shows DNA and Charlie Clips discussing why the election is so important, and why Biden is the right person to take over the job.

DNA attempts to convince Charlie Clips on why he needs to cast his vote in the 2020 election, battle rapping and getting his point across. As XXL points out, the first scene takes place at a basketball court near Howard University, while the second scene is filmed just feet away from the White House.

“So, you think because you brought me here that I’m just supposed to confide in Biden?/What about the innocent Blacks that get snatched out of their car just for riding?/We don’t even ask for much/All we do is ask for respect/Before they did what they did to George Floyd/This country had they foot on our necks/Now, do you understand why I’m upset?” raps Clips as he tries to explain why he’s not planning on voting.

DNA countered: “I feel you/’Cause every time we throw the system a uppercut, all they give us in return is low blows/But Biden and Harris got a plan to outlaw the chokehold/It’s inspiring/Donald Trump is The Apprentice/But now it’s our turn to do the firing.”

This is the first time a Presidential candidate has used battle rap during their campaign.

Has it convinced you to vote for Biden?