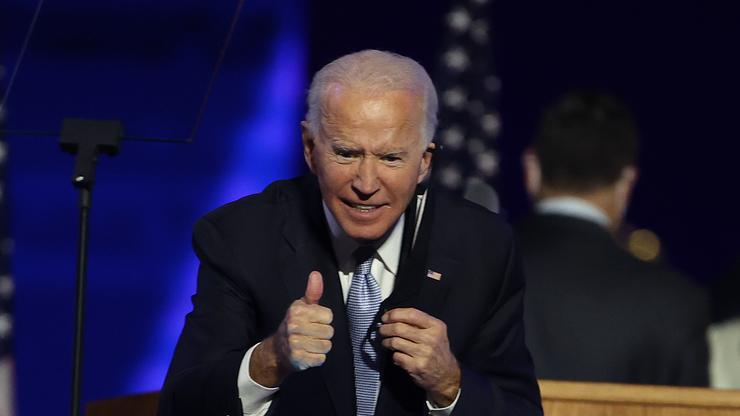 The hat, a similar style to Trump’s signature MAGA hat, is blue as opposed to red.

Biden was declared the winner of the 2020 Presidential Election, Saturday, after several days of counting ballots. Victories in Nevada, Pennsylvania, and Georgia were key to the result.

“This is the time to heal in America,” he said during his victory speech, Saturday night. “I will work to be a president who seeks not to divide but unify. I won’t see red states and blue states, I will always see the United States.

“Let this grim era of demonization in America begin to end, here and now,” he said. “We must restore the soul of America.”

Trump has yet to concede victory to Biden and is likely planning to contest the results with claims of voter fraud. He has yet to speak publically since Biden declared victory.