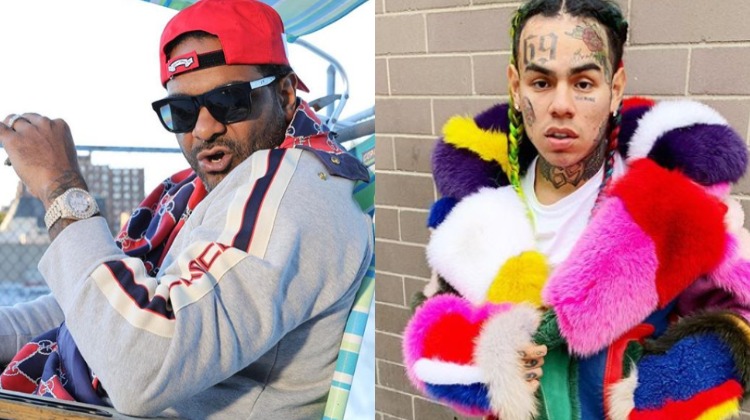 Jim Jones's relationship with Tekashi 6ix9ine and the Nine Treys has been interest ever since it was revealed he was the other voice on the notorious Mel Murda wiretap in which the "super violation" 6ix9ine was discussed.

A new report in OnSmash doesn't really get to the bottom the vexing question why Jones was never picked up by the Feds for the threat, but it does detail Jones's thoughts on 6ix9ine.

Apparently, Jones was called in by Murda (who was once a rapper on Byrd Gang) and Shotti to help 6ix9ine in his early career, around 2017.  Jones grew to dislike 6ix9ine, not because his ridiculous appearance or trolling, but for the way he was repping Jones's Tr3yway set to Middle America.

Jones snapped after hearing 6ix9ine trash the Nine Treys as middle-aged men living on dirty mattresses on The Breakfast Club, and that's when the "super violate" call went down.  The report says that in the parlance NYC gangs "super violate" means to embarrass — likely slapping him around on camera for social medial.  However, the Feds took it to mean seriously harm or kill.

Jones hasn't addressed the 6ix9ine situation in much depth.  OnSmash suggests 6ix9ine — who already trolled Jones from the stand — will speak further on Capo in the weeks to come.  He probably won't say nice things.