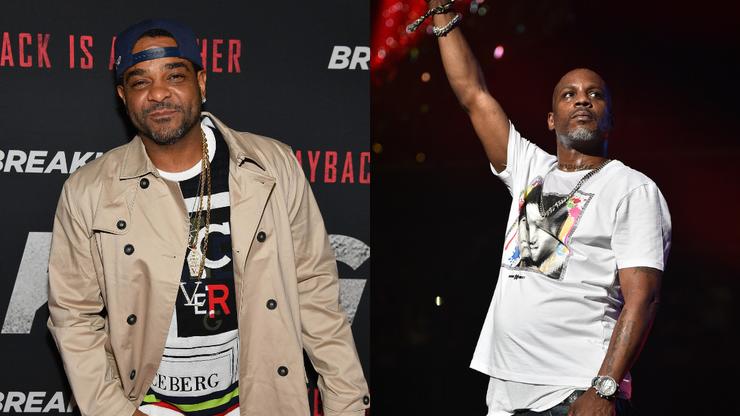 Jim Jones recently recalled being on tour with DMX and Cam’ron.

Jim Jones says that watching DMX perform was so “crazy” because he would take the stage for up to 90 minutes while going full throttle the entire time. Jones discussed touring with DMX during a recent interview for HipHopDX alongside his Lobby Boyz partner, Maino.

“Shit, I got hella Ruff Ryder memories. We kind of started with Dee [Darrin Dean],” Jones told the outlet while reflecting on his relationship with X and the Ruff Ryder crew. “Dee was managing Ma$e, but before Ma$e even got a deal. And then I remember being on tour with DMX when we first went out on tour with [Cam’ron], and watching DMX perform was so crazy because he would come out and do 60, 90 minutes set.”

He explained: “I’m talking about going absolutely cray, praying, crying, going wild, ‘My N***a’… Everything. You heard? And afterwards he’d get on stage and collapse about to have asthma attack. Every night it would happen. And he had crazy asthma. But during the performance, you would never, ever knew he had a breathing problem at all. The way that boy was going wham on every show, every night. Shoutouts to Ruff Ryders. They definitely paved the way for a lot of us coming inside the game.”

DMX passed away on April 9, 2021, following a cocaine-induced heart attack. In the wake of his passing, tributes from across the hip-hop landscape poured in. A “Celebration of Life” was held at Brooklyn’s Barclays Center later that month.

Jones called into Power 106 at the time to explain why New York City was taking the rapper’s death so hard. He explained that DMX “had done so much for the culture” of the city.

Check out Jones’ comments on DMX below.