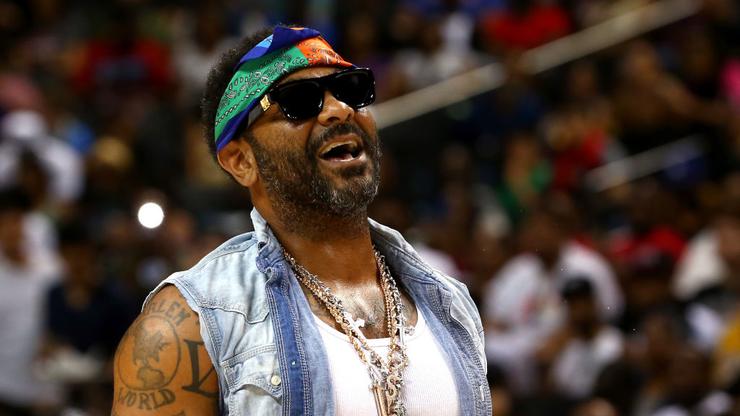 Jim Jones urged rappers to “move tactical” but many hip-hop fans called him out for being hypocritical after allegedly getting into a fight with Freddie Gibbs last week.

Jim Jones is being called out by hip-hop fans for a post that many are calling “hypocritical” following Drakeo The Ruler’s stabbing death in Los Angeles. Jones shared a tribute post to the rapper and offered some advice to others in the hip-hop industry, urging people to “move tactical” and value their lives more. However, as many correctly pointed out, just one week ago, Jones was involved in a physical altercation with Freddie Gibbs at Prime 112 in Miami, and he’s even naming his album after the restaurant where the incident took place to troll Gibbs.

Because of Jones’ perceived hypocrisy, many are calling him out on socials for not taking his own advice.

“Rip to this brother drakeo this is sad,” he said about Drakeo’s passing. “To all rappers I urge u to protect urself start to move tactical. Preservation of life is everything they do not value our lives anymore we are targeted. They know who we are cause of our fame but we don’t know who they are because of our fame. I pray everyday I make it home to my family because it’s tht serious out here for us. Feels like we lost a rapper every week this year. There was a time when we protected in th community we were treated as super hero’s not no more. Stay safe & stay dangerous I pray I never have to make a decision. Say ur prayers n move sturdy. Rappers have th most dangerous job in th world I stand on my statement.”

Considering Jones’ very recent fighting history with Freddie Gibbs, many believe that he was not the best person to deliver this message to the current-generation rappers. He’s also on audio recording from a few years ago talking about “super violating” Tekashi 6ix9ine, so, again, maybe not the right person to be talking about moving tactical in the rap game.

Check out his post below and let us know what you think.