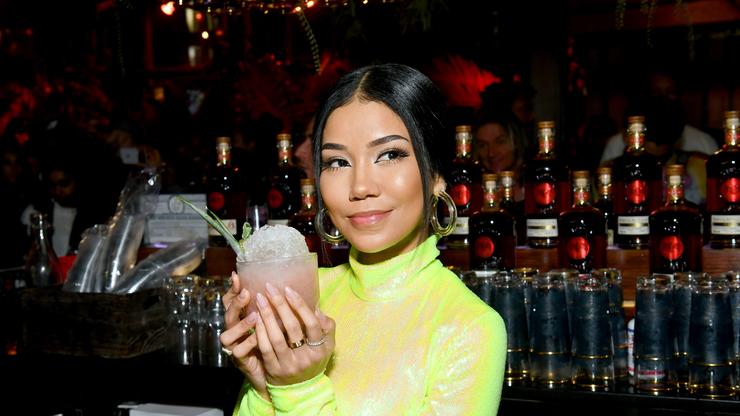 Jhené Aiko went all out for her intergalactic party.

Depending on how many different events you attend to celebrate Halloween, you may arrange to wear more than one costume. Jhené decided she would do just that this Halloween, putting together a handful of well thought out fits for the holiday weekend.

Early Tuesday morning (Nov. 2), Jhene shared numerous photos on Instagram from the outer space themed Halloween party she hosted. It seems as though she took the theme seriously, because she covered her body head-to-toe in green makeup while wearing dark-colored contacts and fake ears to resemble an alien.

Also in attendance at the party was fellow R&B sweetheart Ella Mai, as well as her longtime rapper boyfriend Big Sean, who dressed in an anime Dragon Ball Z costume as the main character Goku.

The extra-terrestrial look was not the only costume Jhené pulled off for Halloween festivities, as she also shared photos of herself dressed as Disney princess Tiana from The Princess and the Frog.

She also managed to find matching Wizard of Oz Dorothy costumes for her and her childhood actress friend Isa Eden.

Comparing all three of these costumes though, it seems as if the alien get-up likely took the most time and effort. Every inch of her body appears to be dedicated to the look, whether it be face makeup, the gills and scales on her arms and body to resemble a reptilian creature or her elegant blonde wig.

It’s fair to say Jhené put on one of the best Halloween performances in all the music industry last weekend.

Do you think anybody tops her? Check out more celebrities’ costumes here.