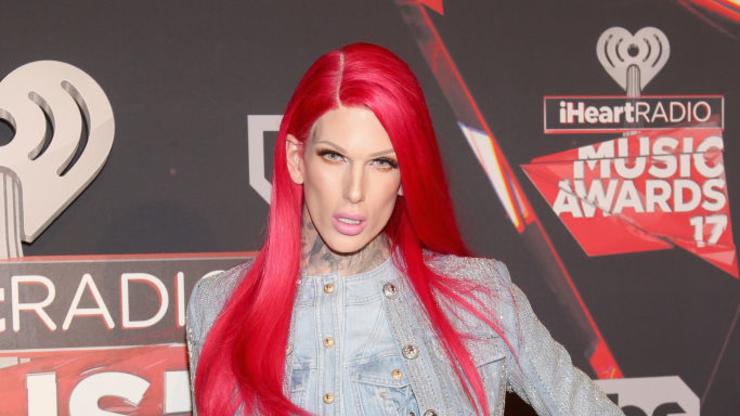 Jeffree Star maintains that he’s not hooking up with Kanye West, but he says there are plenty of other rappers in his DMs.

Jeffree Star lives for the drama, which is why he initially went along with the joke and traveled to Wyoming just to extend his viral trend after getting caught up in those Kanye West rumors. Since the drama popped off, the make-up artist has denied any sort of relationship with Kanye, claiming that he’s never even hung out with the rap legend. However, that doesn’t mean that he’s not getting down and dirty with any other rappers…

Taking to Twitter today, Jeffree Star opened up a can of worms and suggested that, while he’s not sleeping with Kanye, there are plenty of other rappers that are trying to slide in his DMs, and his pants.

“I’m definitely NOT sleeping with Kanye, but the amount of rappers in my DM’s is wilddddd b*tch,” said the famed social media personality. “Time to make a hit song in bed.”

This begs the question… who’s trying to hook up with Jeffree Star? There really aren’t too many rappers that have openly come out as part of the LGBTQIA2+ community in recent years, so could he be speaking about artists that remain closeted?

Regardless of who’s trying to hook up with Jeffree, it looks like he’s ignored them altogether, telling his followers that he’s going on his second date with a police officer on Wednesday evening.

Who do you think is DMing Jeffree Star?