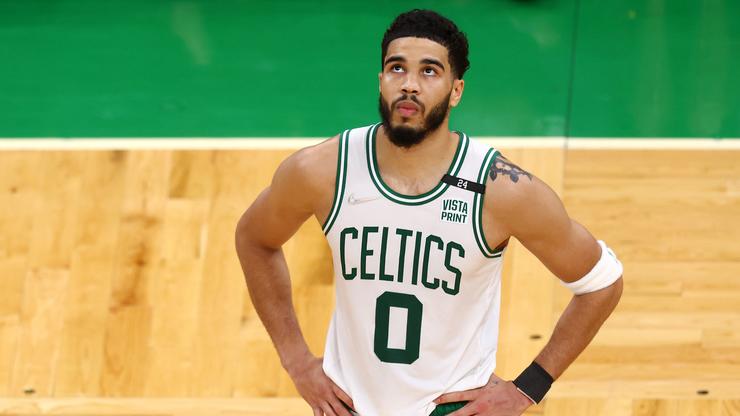 The Celtics have been in the news as of late.

With the NBA offseason in full swing, there have been plenty of interesting rumors to keep fans afloat. Many of these rumors have had to do with none other than Kevin Durant, who is currently in the midst of a trade demand. At this point, it remains to be seen whether or not KD will actually be traded, although it’s clear that there are a lot of teams out there who want him.

Interestingly, the Boston Celtics seem to be interested in KD right now. A couple of weeks ago, a report came out claiming that the Celtics offered the Nets Jaylen Brown although Brooklyn ultimately declined. This move seemed to be pretty shocking, especially since the Celtics were two wins away from a title with their current roster.

According to The Athletic, Jayson Tatum was asked about the trade rumors and what he thinks about Brad Stevens going after KD. As you will see, Tatum understands it and he has no intentions of telling Stevens how to do his job.

“The cool part about his job is Brad don’t tell me how to do my job anymore. You not the coach,” Tatum said. “He lets me do my thing. I let him do his thing. In all honesty, that’s his decision and that’s his job.”

For now, the Celtics are out of the running on KD, but you never know what might happen. Stay tuned to HNHH for more updates from around the NBA.