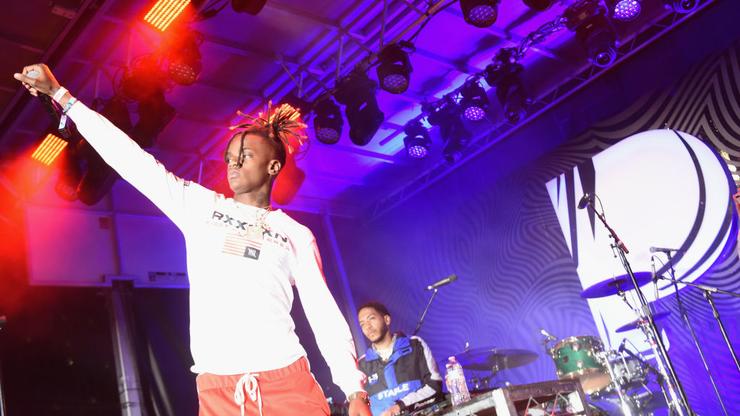 JayDaYoungan was reportedly arrested for “punching, pushing, and grabbing” a woman in a domestic dispute.

JayDaYoungan is perhaps best known for beefing with Youngboy Never Broke Again, and for a slew of songs that have hit the streets hard. Unfortunately, it turns out that, in real life, he may not be too respectable because, for the second time this year, he has been arrested for reportedly attacking a woman.

At the beginning of this year, we reported on JayDaYoungan being arrested for beating his pregnant girlfriend. It looks like he’s back in custody for a similar offense, attacking another woman this week.

According to East Cobb News, the 22-year-old was arrested on a fugitive bond, accused of inciting family violence and attacking a woman in a domestic dispute.

The arrest warrant reportedly states that the rapper, whose real name is Javorius Tykies Scott, “punched, pushed, and grabbed” a woman, leaving “visible marks and scars” on her arms.

The report states that, because of another warrant dating back to February, he is being held without bond.

Obviously, this isn’t the sort of news that JayDaYoungan wants to find himself in. Hopefully, he’s able to turn his life around so he can continue rising in the rap game.