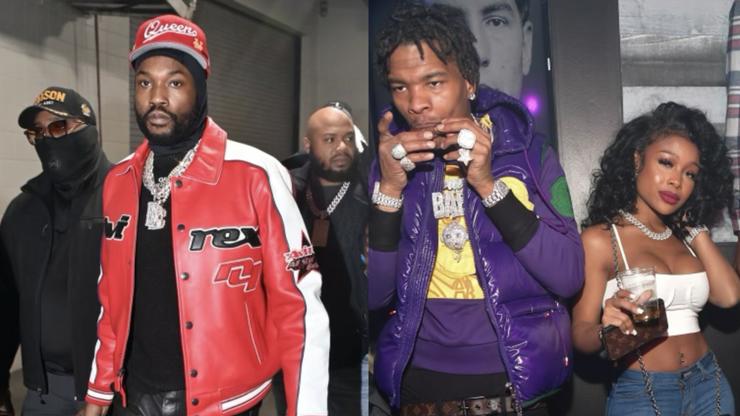 Days after buying his baby mama a Rolls Royce, Lil Baby has seemingly taken her to the tropics.

Lil Baby appears to be spoiling Jayda Cheaves once again. On Christmas, the “Drip Too Hard” rapper surprised his baby mama with a flashy Rolls Royce featuring a gorgeous red interior, which she quickly hopped on Instagram to post about earlier this week.

“Merry Christmas to meeeee,” she captioned the sweet mother-son snapshot of her and her baby hugging in matching pyjamas in front of the luxurious gift. On top of the new whip, the 27-year-old also came through with some incredible Chanel bags for JaydaWayda, despite the fact that they’re not officially together at the moment.

As if that wasn’t enough, now, internet sleuths have figured out that Jayda is currently on vacation in St. Barts with both Baby and Expensive Pain artist Meek Mill. The mother of one didn’t directly post up with her baby daddy, but she did share a post to her story that makes it look as though she spent some time in a helicopter, flying over the beautiful clear blue ocean.

Meek also shared something on his Instagram – a picture of him and Lil Baby sitting in a helicopter together – which is how fans were able to piece together what’s happening behind the scenes of their social media feeds.

Reactions to the vacation news have been all over the place, with some suggesting that Jayda “has” to be nice right now because of the RR her ex just gifted her, while others said that the pair’s relationship seems to have gotten better since realizing they’re “better off as homies.”

Elsewhere, users brought Icy Girl Saweetie’s name into the conversation, speculating that she might be feeling some type of way after finding out about Baby’s vacation, seeing as the two are rumoured to have been spending some time together as of late – read more about that here.