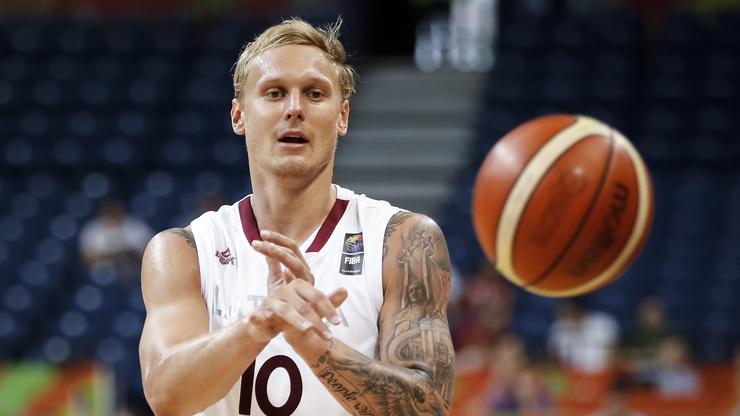 Even the most avid and obsessed NBA fanatics probably know little about Janis Timma, the 29-year-old player from Latvia. Timma was drafted back in 2013 as the Memphis Grizzly’s 60th overall pick, but his NBA career petered out by the time his second season came around. However, Timma finally returned to the NBA from the EuroLeague this Summer for the NBA Summer League, and it seems fans can’t get enough of the tatted up European. On Monday, Timma became an immediate Twitter phenomenon with memes and praise alike for his impressive role in leading the Orlando Magic to victory against the Golden State Warriors in Las Vegas.

“Latvian sharpshooter Janis Timma quickly becoming a fan favorite for #OrlandoMagic at #NBASummerLeague, making his debut at 29 years old,” one Twitter user remarked about Timma’s performance. Not only did Timma catch the attention of fans with notable momentum- 11 points, 6 rebounds, and 2 blocks– but also with his eccentric look. Marked by bleached hair and tattoo sleeves on both arms, Timma received Eminem and vampire comparisons alike while others compared his tattoo sleeves to former NBA big man Chris “Birdman” Anderson.

Fans are now theorizing that if Timma can keep this run going, he could find himself with a contract with the Magic by the end of the Summer. His years of experience in the EuroLeague could be of great help to the team now straddled with players in their early ’20s.

“Nice, Eminem plays for the Orlando Magic Summer league team” and “This is a 2K create-a-player” both caption some of the hilarious tweets you can check out below.