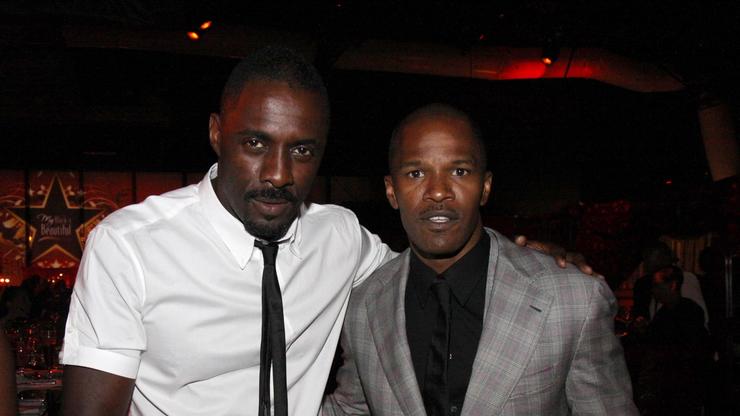 Quentin Tarantino’s award-winning films have been lauded for decades, and while his work is shrouded in criticism, the actors who have worked with him have sung Tarantino’s praises. In 2012, Jamie Foxx gave an Oscar-worthy performance in Django Unchained, and although it’s difficult to imagine another actor portraying the title character, there were many others up for the role.

Will Smith, Chris Tucker, Michael K. Williams, Tyrese Gibson, Terrence Howard, and Idris Elba were all considered to portray Django. During a conversation with Cameron Bailey and his Just Mercy co-star Michael B. Jordan at the Toronto International Film Festival, Foxx admitted that he desperately wanted the part in Tarantino’s film.

One day, Foxx and Elba casually ran into each other and Elba asked his famous friend about Tarantino and what he thought about the Django part. Foxx said he tried convincing Elba that his good looks would get in the way. “Your beautiful black ass riding up on a horse, there’s going to be some problems for everyone,” Foxx joked. However, Tarantino would admit in an interview that ultimately he didn’t want to go with a British actor because it was a southern, American story. Will Smith also shared with The Hollywood Reporter that he decided not to pursue the role  Django because he wanted the storyline to romance-focused. Chris Tucker, though? Can you see it?