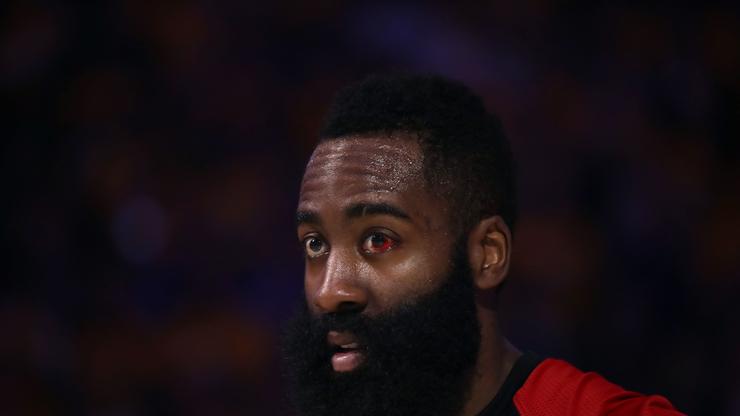 Harden has definitely been feeling himself lately.

James Harden is one the most dynamic scorers in the NBA right now and he is every defender’s worst nightmare. Harden is always finding unique ways to get a foul call or to avoid being penalized for traveling. Recently, Harden has been taking his traveling aversions to whole other level as he has developed a one-legged jumper. His new shot has fans intrigued and they’re curious if it’s actually going to work come game time.

In a recent interview with GQ, Harden spoke about how important it is to be creative on the court and how’s trying to innovate every single day.

“I’m a creator. When it’s all said and done, I want to be one those guys where people say, ‘James made a whole new path, a whole new wave being creative with the game basketball.’ It isn’t just pump fake, one dribble, shoot. There are different dynamics to basketball, and we have to expand the game. Every day, I’m trying to find ways to improve my game, improve the entire game basketball. And you’ve got kids watching me trying to be creative as well. Everything that I do is about keeping defenders f-balance and on their toes. If you have that every possession, you’re basically unguardable.”

If you’re a Rockets fan, you have to be excited by Harden’s enthusiasm and confidence here. It looks as though he’s ready to put up another MVP-caliber season.