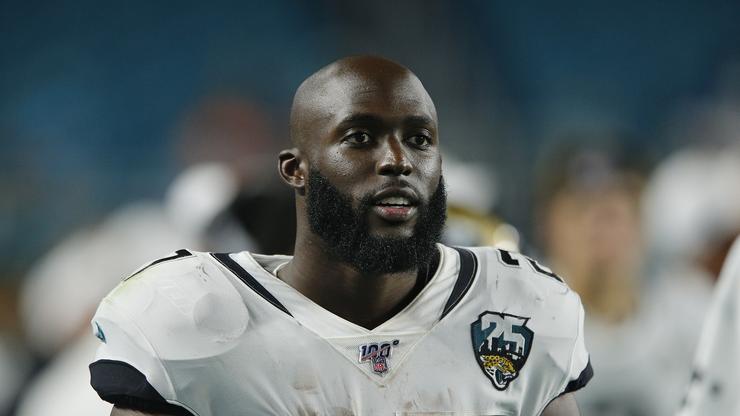 Leonard Fournette may be on the move according to a report from ESPN’s Adam Schefter.

“Jaguars have had trade discussions with other teams regarding RB Leonard Fournette, league sources tell ESPN. Fournette is due $4.16 million in base salary in 2020. It’s a situation that bears watching as this week’s draft approaches,” Schefter said on Twitter. “Jaguars already scheduled to have 12 picks in this draft, tied with the Patriots and Vikings for second-most in league behind Miami’s 14. And this is before any potential trades for RB Leonard Fournette and DE Yannick Ngakoue.”

The Jags, if they choose to, must exercise Fournette’s fifth-year option by May 4.

Fournette’s 1,152 rushing yards, last year, were a career-high for the fourth overall pick in the 2017 NFL Draft. He also caught 76 passes and recorded 1,674 yards from scrimmage, which ranked sixth in the league.

During an appearance on ESPN’s First Take, Fournette advocated for the team signing Cam Newton: “Cam went to the Super Bowl. He’s a great guy. I’ve been knowing Cam for a minute now. And like I told some people that talked to me, it’s no disrespect to Gardner Minshew]. I’m just trying to get in the best position as a team as we can to] win. That’s all that was about. Just friendly competition ’cause that brings out the best in people.”