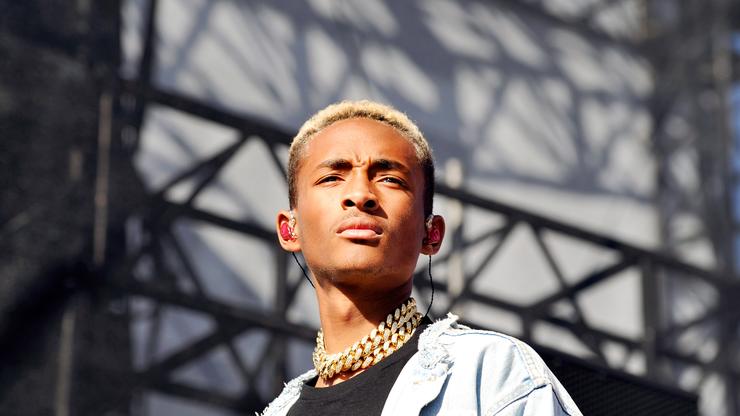 His latest single is already heating up streaming services as Jaden Smith announces he has a new project on the horizon. The middle Smith child continues his music rise with “Cabin Fever,” and alternative-indie fering he dropped f on Friday (July 24). The 22-year-old artist chatted with MTV’s Fresh Out Live about his new single and shared that he’s readying a new album titled Cool Tape Volume 3.

“It’s completing the trilogy the Cool Tape Volume 3’s and then it’s also kinda completing the trilogies Syre and Erys at the same time. So it’s like, putting an end to two eras at once so that I can then go f into the future and into the next thing after that.” Jaden also shared how his dating life during quarantine inspired his latest single “Cabin Fever,” a track where he talks about getting a tad stir-crazy ad desiring to grab his love interest and take f.

“I kinda, you know, pulled this from some real-life experiences and also kinda dreamed it up in my head a little bit, cause I like to create stories around my music,” he said. “That’s kinda what the story it is, and I’m really excited about it. I’m hoping that people can relate to it as well with having that person that you wanna see and then feeling like the whole world is stopping you from seeing them…literally.”

Check out Jaden’s full interview with Fresh Out Live below along with his new single “Cabin Fever.”