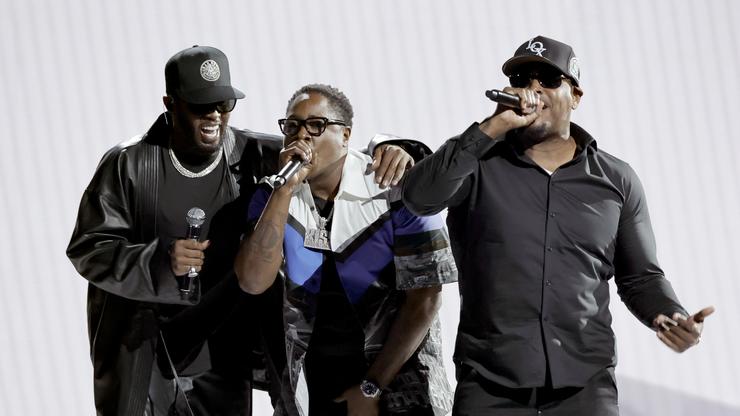 “He had too much money.”

Jadakiss may be known as top five dead or alive now, but there was once a time he was a young, aspiring emcee writing for the likes of Diddy and more. After years of grinding, the LOX rapper has solidified himself as one of the greatest to ever touch a microphone — but he hasn’t forgotten about his humble beginnings.

During a sit down with Smoke DZA on his The Personal Party Podcast, Jada revealed that he “hated” ghostwriting for Puff and other artists back in the day. “I really hated it,” he shared. “Puff, after giving him ‘[All About] the Benjamins,’ ‘Señorita,’ ‘Victory,’ a couple remixes, I used to feel like it was taking away too much from me. I ain’t know how to morph. It ain’t like he a n***a that I knew my whole life that I can just scribe him how I think he should be.”

The Yonkers rapper shared how Diddy’s financial success almost deterred him from writing rhymes for the Bad Boy exec. “I ain’t feel like I could write the bars for myself and give it to him, because I ain’t feel like it fit him. He had too much money. I was still extra grungy. My mind couldn’t think of that much Versace or being on that type of financial level. It used to conflict with me writing for him. But he just used to tell me, ‘Give me the shit that you would say for you.’ I’m like, ‘It ain’t gon’ fit for you.’ He used to know how to make it work.”

Fortunately for fans, the “Why” rapper continued to hone his craft, and penned some of Diddy‘s most critically acclaimed bars,  including “All About The Benjamins,” “Victory,” and “Senorita.”

Check out the full interview above.