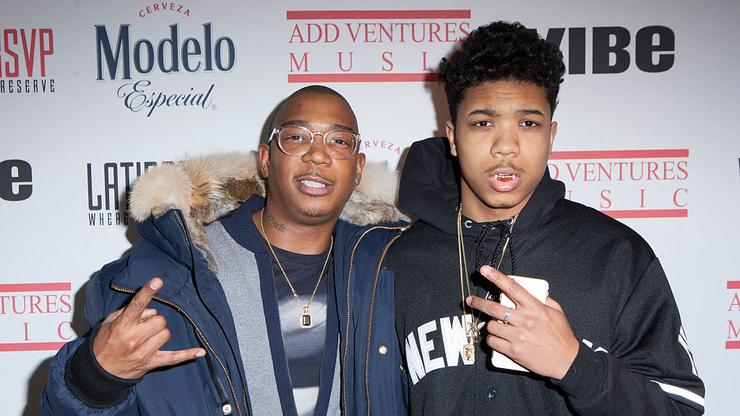 A two-year-old photo of Ja Rule with his son has gone viral because fans think they look identical.

There hasn’t been much popping off this holiday season on the music and entertainment news cycle, so it makes sense that a two-year-old photo of Ja Rule and his son, Jeffrey Atkins Jr., is going viral on social media. The photo, taken from Jeffrey’s high school graduation in 2019, shows the young man standing next to his mother and father and fans are circulating the image, noting how much Jeffrey looks like his dad.

Headlines have been written from major hip-hop media outlets about the 21-year-old looking more like Ja Rule than Ja Rule does, and you’ll understand why when you check it out. Aside from his individualistic hairstyle, Jeffrey’s face matches Ja’s perfectly. It looks like Ja traveled back in time and cloned himself.

The rapper addressed the picture going viral on social media, retweeting a story from iHeartRadio and adding a heart emoji. Thousands have since shared the image from a couple of years ago, despite Jeffrey possibly sporting a different look these days.

Ja Rule isn’t the only celebrity to have a child that looks almost identical to them. Fans of the late XXXTentacion have compared his baby Gekyume’s face to his, and Lil Wayne’s son Kameron has gone viral on numerous occasions, simply for looking like his famous dad.

Do you think Ja Rule’s son looks more like Ja Rule than Ja Rule does?