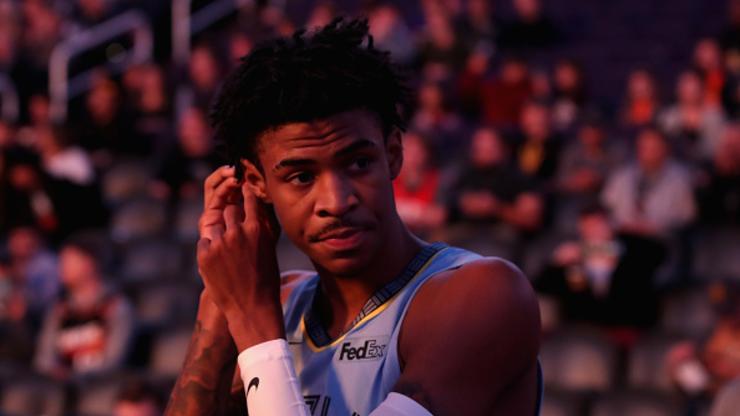 Don’t count on Ja Morant competing in any future Slam Dunk Contests after the way the 2020 event played out.

The 2020 NBA Slam Dunk Contest ended in controversy thanks to some suspect scoring from Dwyane Wade and the judges, and it looks like the outcome will impact which players decide to participate in future contests. For one, Memphis Grizzlies rookie Ja Morant claims you can totally forget about him competing next year.

Morant, who turned down an invite to compete in the 2020 contest, was active on twitter as the judges handed Aaron Gordon a 47 on his final dunk, essentially gifting the trophy to Miami Heat forward Derrick Jones Jr. in the process. As seen in the tweets embedded below, not only was Morant appalled by the scoring, but he insists he has no interest in getting involved in any future dunk contests – even if Zion Williamson is involved.

The 20-year old point guard has already put together quite the impressive in-game dunk highlight reel in just his first 48 NBA games. Unfortunately, it appears as though we’ll have to settle for his in-game and pre-game dunks unless the NBA radically changes their Slam Dunk Contest system.

According to Yahoo Sports’ Chris Haynes, Morant initially decided not to participate in the 2020 event because he wanted to focus on “maintaining good health for the duration the season.” At the time, Morant hadn’t ruled out competing in future contests but his feelings have certainly changed.

Click here to see what D-Wade had to say about all the criticism he has received in the aftermath the controversial dunk contest.