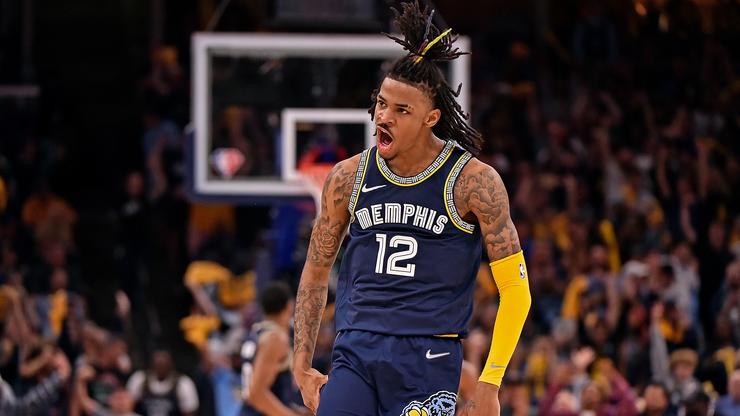 Ja Morant and the Memphis Grizzlies have been looking to prove themselves in the playoffs this season. After finishing second in the Western Conference, the team struggled against the Minnesota Timberwolves, which has some fans wondering if they really have what it takes to go out and defeat an experienced club like the Warriors.

In the first game of the series against Golden State, the Grizzlies ended up losing by just one point. In Game 2, they were able to prove they are a formidable opponent as they came out and defeated the Warriors, 106-101. Morant had himself a wild game as he scored 47 points, propelling his team to the victory.

Morant is a very energetic player and it translates into him being one of the best trash talkers in the entire NBA. With that being said, Morant decided to hit Steph Curry with some trash talk following the game. As you can see in the clip below, Morant has some words for Curry as he walks by him. It seemed to be very deliberate, and once can only assume the message Morant is trying to send right now.

This series is now headed back to Golden State, where the Grizzlies will have to up their game if they truly want to send a message to the Warriors. There is a huge experience gap here, and the Grizz will need to be on their best behavior, moving forward.