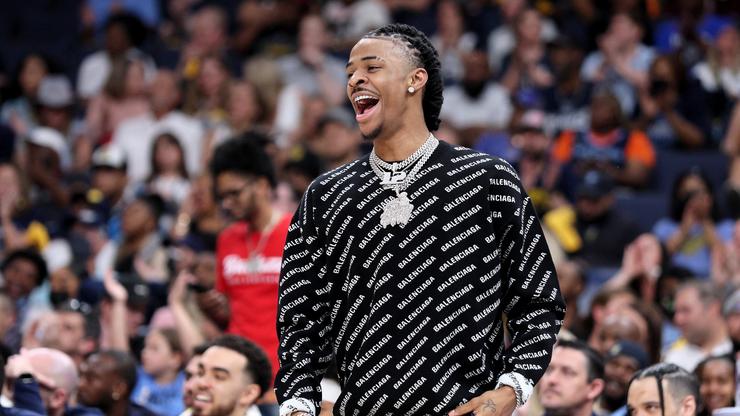 Ja Morant was feeling himself after the Grizzlies’ latest win.

Last night, no one was giving the Memphis Grizzlies much of a chance to win. They were without Ja Morant and if they lost, they would be out of the playoffs. It was a pretty massive game for this team, and the Warriors are most definitely a difficult opponent to go up against. In the end, however, the Grizzlies destroyed the Warriors by a whopping 39 points.

Throughout the entire evening, the Warriors were absolutely abysmal as they shot the ball poorly all while playing some of their worst defense of the entire year. It was a game that fans were simply not expecting, and now, they Warriors have allowed the Grizzlies to claw back and force a Game 6 that is going to be filled with pressure for the Dubs.

After the game, Ja Morant was thrilled about what went down as he said “”Grizz in 7! Grizz in 7!” It was a strong message to send to his teammates especially since he probably won’t get to play for this team for the rest of the postseason as he is out with a bone bruise. Either way, this was a huge win for the Grizzlies and it could very well create some momentum.

Let us know what you think of this series, and who will come out on top, in the comments down below.