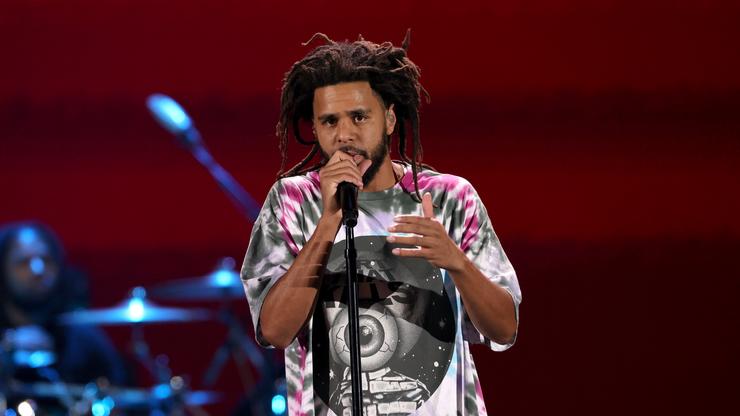 The Dreamville rapper is set to scale down.

Dropping The Off-Season back in May, Cole re-cemented his place in the rap game and had fans buzzing that the Fayetteville native was all the way in his bag. A couple months later and we’ve learned that Cole’s bag is a little deeper than we thought.

In the last two weeks, Cole has released “Heaven’s EP,” spitting over Drake‘s “Pipe Down” beat, has given features to both Joyner Lucas and Wale for “Your Heart” and “Poke It Out,” and was awarded Lyricist of the Year at the 2021 BET Hip Hop Awards. Not to mention, the “95 South” rapper is in the midst of a cross-country tour.

Kicking off The Off-Season tour in Miami with surprise guests Drake and Future (a show at which Drake called Cole “one of the greatest rappers to ever touch a mic,”) Cole has been traveling the country and shutting cities down. With internet comedian Druski serving as MC, Cole has gone city to city and left fans in amazement at just how good the veteran rapper is at all parts of the rap game.

And in partnering with SiriusXM and Pandora, Cole is set to give fans one more opportunity to see him up close and in person.

As part of SiriusXM and Pandora’s Small Stage Series, Cole will be performing at a secret venue in Los Angeles and will showcase records from The Off-Season, as well as older fan favorites.

Cole’s performance will be broadcasted on SiriusXM’s Hip Hop Nation station and the SiriusXM app on October 26 and both SiriusXM and Pandora listeners will have opportunities to win tickets beforehand.

J. Cole, who, alongside Druski, has showcased his ability to engage fans across the country throughout the entirety of The Off-Season tour adds to an already-impressive Small Stage Series performer list including J Balvin, Coldplay, John Mulaney, Dave Matthews and Michael Che, among others. And because of his love for cozy fits and laidback environments, Cole is sure to shine in a smaller, more intimate performing space.

Are you going to try to win tickets for J. Cole’s Small Stage Series L.A. performance? Let us know in the comments.