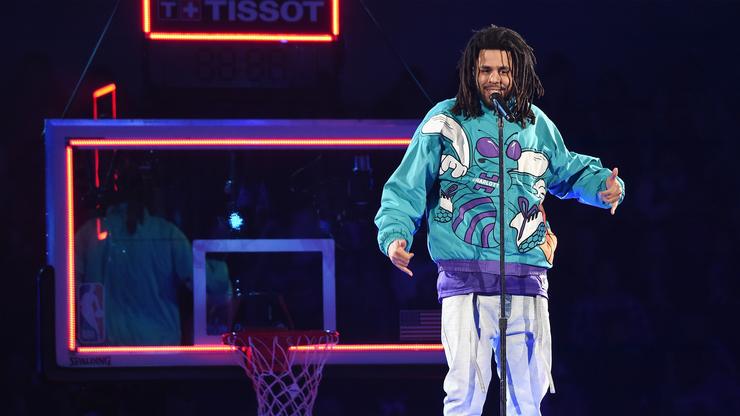 To many fans’ surprise, Mark Phillips, a popular Youtuber and the standout member of the content-creating group RDCWorld, makes a hilarious appearance in the music video for Bas’ new summer-ready single “The Jackie.” In the final scene of the video, Phillips sees J. Cole and Bas riding around in New York and performs a slight adaptation to his running “Jermaine ! Cole!” joke that has since become a viral meme. In the video, he asks for an autograph from the Dreamville rapper, and although he didn’t get one in the scene, Phillips got a much better memento in real life.

According to Complex, Mark Phillips met J. Cole at the video shoot prior to filming the scene, and in an inspirational and heartwarming moment, the two recreate the YouTuber’s viral meme.

“JERMAINE ! COLE!” Phillips writes in the post, clearly still excited about being able to link up with J. Cole and Bas. “I STILL CANT BELIEVE THIS ! COLE treated us like true friends man, first time ever meeting him! Truly one of the best moments of life man ! MAMA WE IN A MUSIC VIDEO THANK YOU BAS!”

His appearance in the music video for “The Jackie” is undoubtedly a dream come true for the YouTuber, and now with co-signs from J. Cole and LeBron James, Mark Phillips’ chances of landing the lead role in a potential Bernie Mac biopic are looking better and better.

Watch the video for Bas’ new J. Cole and Lil Tjay-assisted single below and keep your eyes peeled out for Mark Phillips’ cameo at the end.