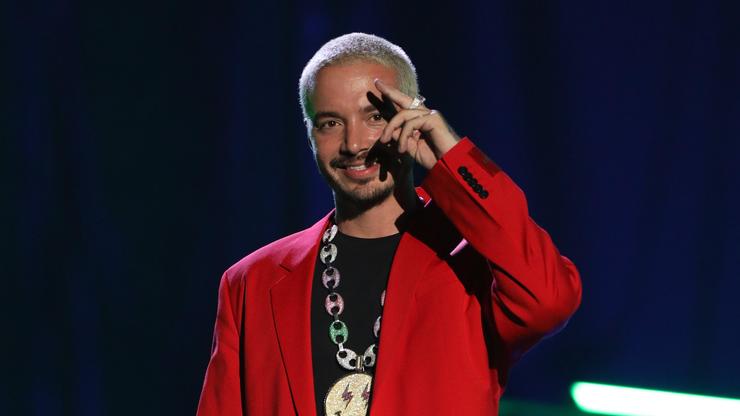 This J Balvin Air Jordan 1 is the most colorful shoe of the year.

During the Super Bowl Halftime performance, J Balvin impressed sneakerheads with his incredible pair of Air Jordan 1s. The shoes truly stood out on stage thanks to the fact that they were covered in rainbow material all while featuring a lavender midsole and some lightning bolt smiley face branding. Fans were ultimately surprised to hear that this sneaker was not just a PE but an actual collaboration that would be released to the public.

Unfortunately, as a consequence of the Coronavirus, this shoe was delayed as it needed special manufacturing. Now, however, it seems as though this shoe could very well be released in the not-so-distant future. According to @zsneakerheadz on Instagram, the J Balvin x Air Jordan 1 collab is slated to drop on December 4th.

For now, this release date is simply a rumor although there were rumblings that this could be a shoe that ultimately ends up releasing closer to the end of the year. Jumpman has been coming out with some heat especially when it comes to the Jordan 1 and this J Balvin collab would be a huge way to end off the year.

Stay tuned for updates on this shoe, as we will be sure to bring them to you. In the meantime, let us know what you think of these, in the comments below.